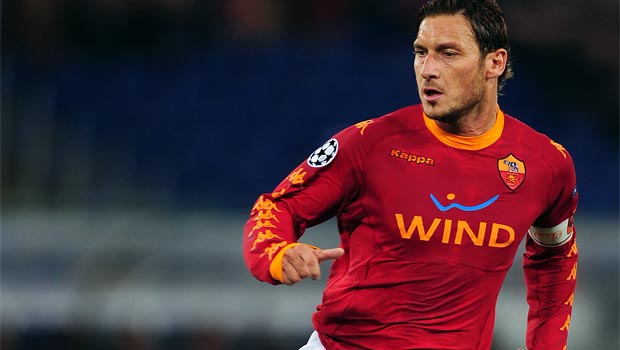 Italy coach Cesare Prandelli has refused to speculate on whether Francesco Totti will be in Italy’s squad for the World Cup but admits he has a chance.

The Roma legend made the last of his 58 appearances for the Azzurri at the 2006 World Cup and signed off in style as he was part of the side that lifted the trophy in Germany.

He initially opted to retire from international football before having second thoughts, but then officially announced his retirement in 2007, having not featured for the national side during that season.

There have been many calls for the 37-year-old to come out of international retirement over the past seven years – usually ahead of a major tournament – but he has to date resisted the urge.

But, after a superb start to the season, which saw Totti help the capital club win their first 10 games, there is a groundswell of optimism that the talented schemer might well renege on his decision and make himself available for Brazil 2014.

The one-club man is currently out of action with a hamstring injury but is nearing a return and should be back in the Roma side before the end of the year.

He has yet to comment on whether he will be available for the South American showpiece and Prandelli was giving little away when asked about the veteran.

“We talked a lot about Totti,” he told reporters. “But it obviously brought him bad luck.

“He’s been hurt for a while, and when that happens at his age it is difficult to put a date on when he will return.

“We’re waiting for him to get back on the pitch, and if he plays like he did before, we’ll see.”