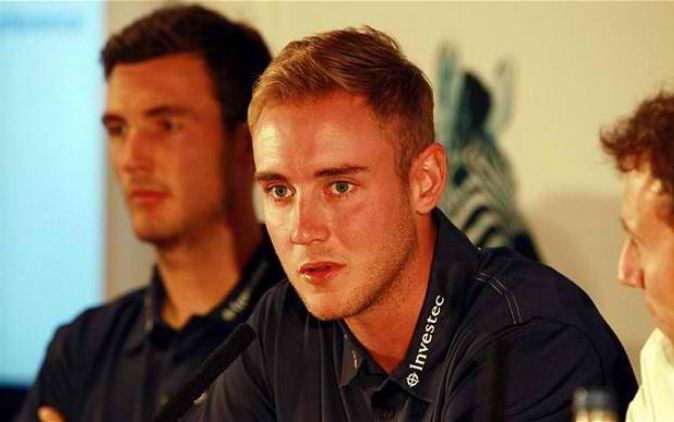 Stuart Broad says he has fully recovered from shoulder injury which kept him out of England’s Ashes warm-up match and is eager for the start of series with Australia.

The Nottinghamshire seamer picked up the problem when fielding during England’s ICC Champions Trophy final defeat to India last month.

Broad jarred his shoulder during the game and was not risked in the recent Twenty20 matches with New Zealand or in the pre-Ashes clash with Essex.

The 27-year-old had a cortisone injection on Monday, and as such there was some concern he could miss the first Ashes Test, which starts on July 10 at his home ground, Trent Bridge.

Broad is eager to prove his fitness ahead of the start of the series and was bowling at full pelt on Thursday in a bid to keep his place in the starting XI.

Broad is confident he will be match fit by the time the first Test starts and is excited to be renewing the rivalry with Australia.

“I’m very confident. I didn’t even really notice it was sore for four days, so that probably shows it wasn’t overly-serious,” he said.

“It only really hurt when I got to the top of my bowling action. If the Test started today, I’d be ready to go.”

Broad went on to say that he feels competition for places in the England squad could only be good for the team.

“It is unrealistic to think a three-bowler seam attack will get through all of the Tests. You need that depth and we are very fortunate, particularly in the bowling department, where we have players who are fighting for spots who have got proven Test records,” he added.