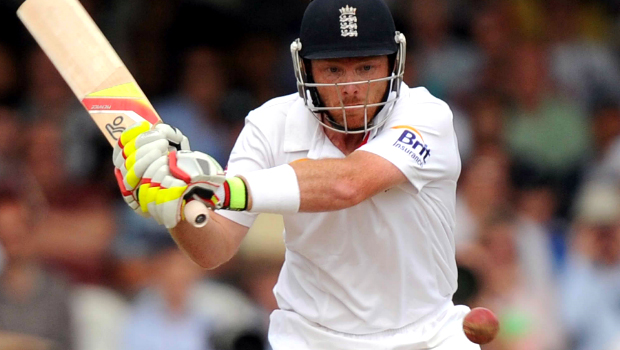 Ian Bell believes Old Trafford could be perfect venue for England to wrap up the Ashes when series resumes on Thursday.

Alastair Cook’s men currently hold a 2-0 lead following victories at Trent Bridge and Lord’s and look in a healthy position to seal the country’s first Ashes whitewash, especially with the Aussies struggling in all departments of their game.

England themselves haven’t really set the world alight as a unit but have instead been able to rely on some remarkable individual performances, most notably from James Anderson with the ball and Bell with the bat.

The Warwickshire star has recorded centuries in both of the first two Tests, looking in fine fettle throughout most of his time at the crease against the blunt Australian attack.

His performances demonstrate how far the 31-year-old has come in his career after he was previously belittled by the Aussie camp, with Shane Warne famously nicknaming him ‘the Shermanator’ in reference to the geeky character in the American Pie film series.

A draw is now all England need to retain the Ashes but after so many years of heartache the camp only have winning on their mind.

Bell admits he is currently in the form of his life and believes his team can secure the series outright by picking up another win on a pitch they have often thrived on.

“I feel pretty confident right now and it is good to be putting it together in an Ashes series which is what I’ve wanted to do,” he told the Daily Telegraph.

“I know that the Test matches I’ve been involved in there (Old Trafford), we’ve got a good record so it is a good place for England to go to now.”