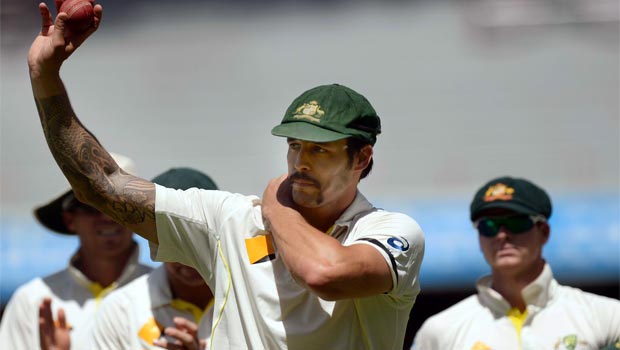 Australia’s star bowler Mitchell Johnson has hinted they will “cook” England for a little longer after he destroyed their batting line-up on day three of the second Ashes Test.

The left-armer ripped through England’s middle and lower order at the Adelaide Oval, as the tourists struggled to cope with the pace on the flat pitch.

Johnson, 32, finished the day with 7-40 and twice found himself on a hat-trick as England reached 172 all out in their first innings.

He dismissed Ben Stokes, Matt Prior and Stuart Broad in one over before taking out Graeme Swann and James Anderson then returned to account for Monty Panesar.

After deciding against the follow-on, Australia now have a lead of 530 thanks to a brilliant knock of 83 by David Warner.

Johnson feels his side will continue to punish the current Ashes holders and keep them fielding a while longer.

He told Sky Sports: “We are going to cook them a bit more, keep them out in the field a bit longer.

“It’s not how many runs we’ve got, it’s all about overs we’ve got at them.

“I’m sure we will see 40 minutes in the morning. I want to see Davey (Warner) get another hundred out there obviously, then get out there and have a real good crack.

“You could see the amount of spin the two spinners were getting out there today and that variable bounce has definitely come in and they got the ball to reverse really early, so it’s good signs for us.”