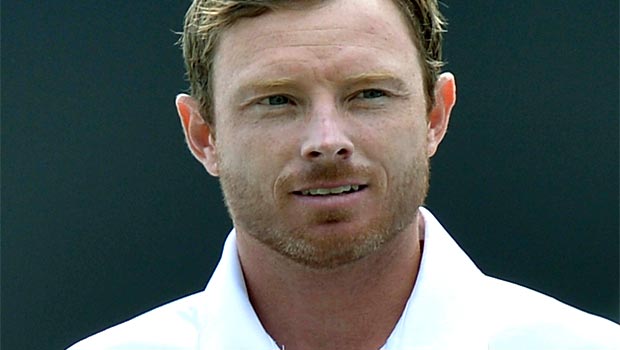 England’s Ian Bell admits the players are “hurting” after suffering at the hands of bowler Mitchell Johnson on the third day of the second Ashes Test.

With Australia on top after a superb first innings, England needed to respond but they could only reach 172 all out on a flat Adelaide pitch. With Johnson on fire, they went from 111-3 to 135-9 as the paceman finished with figures of 7-40.

Australia had a lead of 398 but captain Michael Clarke decided against the follow-on and by close of play their advantage was a staggering 530, with England now facing the possibility of back-to-back Ashes Test defeats.

Bell, who hit an unbeaten 72, admits the tourists are upset after another poor display with the bat.

“It’s thoroughly disappointing,” he told Sky Sports.”Obviously it’s a very good wicket here and again we haven’t given our bowlers any opportunity to get back in the game.

“The guys are hurting but I can reassure you that they are training hard and will do everything they possibly can to try and put this right in the second innings.

“As a group we’ve shown over a number of years now the amount of fight we have in that dressing room. Okay, we haven’t put it quite right on this trip just yet, but there are a lot of guys in there, and there is a lot of cricket still to go in this series, and we will show people we have got that fight,” added Bell.

“It starts tomorrow and then the last day. We certainly have to fight hard.”