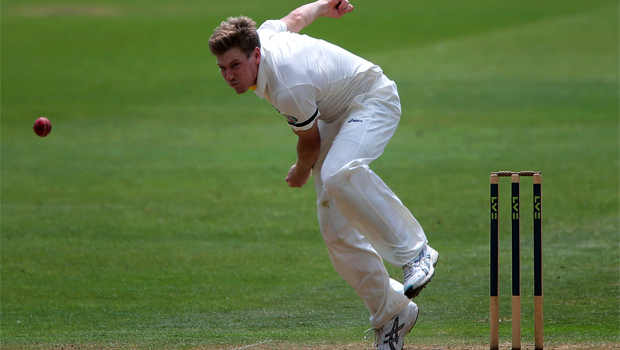 Australia will hand a Test debut to all-rounder James Faulkner in the final Ashes match against England at the Oval.

The Baggy Greens have made two changes to the side that collapsed in dramatic style as England won the fourth Test, with Faulkner replacing Usman Khawaja, while Mitchell Starc comes in for Jackson Bird.

England have wrapped up the series 3-0 but Australia are keen to win the Test match and skipper Michael Clarke believes that Faulkner can help them do just that.

“He is an all-rounder. He provides that package for us which the selectors believe will play a big part in helping us take 20 wickets and score the runs we need to win this Test match.”

The 23-year-old’s call up has been questioned by the Australian media, but Clarke believes he is a star of the future and can perform on the biggest stage.

“Like a lot of our young players he’s a wonderful young talent but I think he has the toughness to mix it with any opposition in any form of the game and at the highest level,” added Clarke.

“He is a fighter, a competitor – he might not look the best all the time but he’ll find a way to stay out there and help his partner go on and make a hundred or help the tail through.

“With the ball he’s extremely competitive and will find a way to take wickets as he has done so far on this tour and in the shorter forms of the game.”

Faulkner is set to bat at seven, with wicketkeeper Brad Haddin moving up to six, while Shane Watson will bat at number three as the Australians tinker with their batting line up for the fifth consecutive Test.