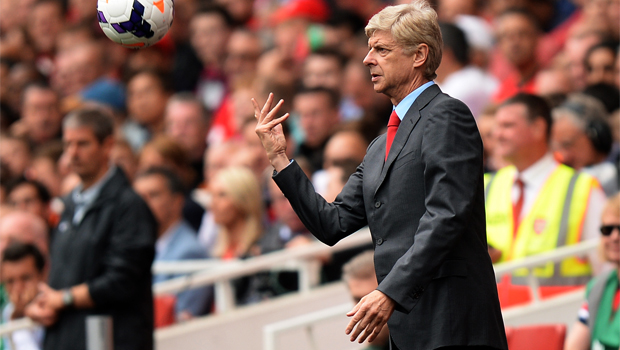 Arsene Wenger is backing his players to bounce back from Saturday’s defeat to Aston Villa when they take on Fenerbahce in Champions League on Wednesday.

The Gunners got the new Premier League campaign off to the worst possible start as Villa left the Emirates Stadium with a 3-1 win and they now have to pick themselves up for a tough trip to Turkey.

Qualification for the next stage of the Champions League is crucial and it is sure to be a tough first leg in front of a hostile home crowd at the Sukru Saracoglu Stadium.

Arsenal’s cause is not being helped by all the negativity surrounding the club with regards a lack of transfer activity but Wenger says they will put all that behind them.

“You just want to prepare as well as you can and bounce back very quickly from Saturday with a good performance which is what I think we will do,” said Wenger.

“Everywhere we go we try to win the game and that is the attitude we have. Again, we will try to play our game as we do everywhere.

“We have been everywhere in Europe in all the big stages and seen heated atmospheres, but we always try to play.”

Wenger has also been hit by the news that England midfielder Alex Oxlade-Chamberlain is on the sidelines for up to three months because of a knee injury, but he still believes he has enough quality in his squad.

“If you look at the players who play [against Fenerbahce], they are top quality players. You should never forget that,” he added.

“It is not always to think what is outside is better than what you have. What is important as well is to rate what you have and our fans have to understand that as well.”

Wenger does have some good news on the injury front as both Kieran Gibbs and Bacary Sagna have been passed fit to play.