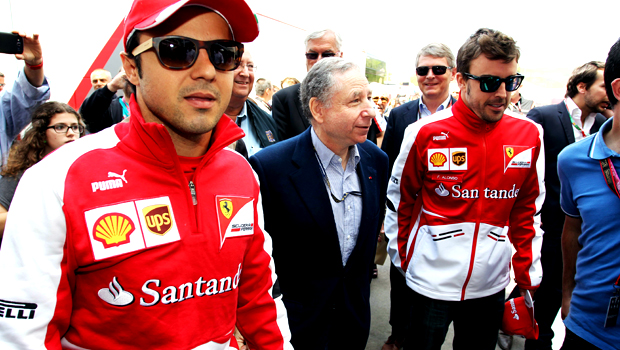 Ferrari pair Fernando Alonso and Felipe Massa have revealed their excitement ahead of making a return to the “very special” Spa-Francorchamps circuit.

Formula One returns from the summer break this weekend with nine races remaining and the teams first head to Belgium.

The venue is one of only four to survive from the inaugural F1 season in 1950 and although the 14.1km layout is no longer used, the track still presents a unique challenge to the drivers.

Massa has struggled to impose himself on the rest of the field this season, currently sitting seventh in the Drivers, Championship, amid growing speculation over his future with the team.

However, the Brazilian insists he is looking to put a poor first half of the campaign behind him and start picking up results.

Massa said: “Spa is fantastic, something of a dream for all drivers to race there, especially in a Formula 1 car.

“There’s so much history there and it’s a wonderful challenge with all the climbs and drops and changes of direction, which all add up to make driving there a true pleasure.”

Alonso is yet to feature on top of the podium at the Belgian GP and crashed out on the first corner last year, but he is eager to put a different spin on it this year.

Alonso said: “I did well in 2005 when I came second and also back in Formula 3000. So far, I’ve never been in with a real chance of fighting for the win and I’ve often retired at Spa, usually for reasons of plain bad luck or with technical problems or down to my own mistakes.

“So it would be great to make up for that this year, picking up all those lost points.”