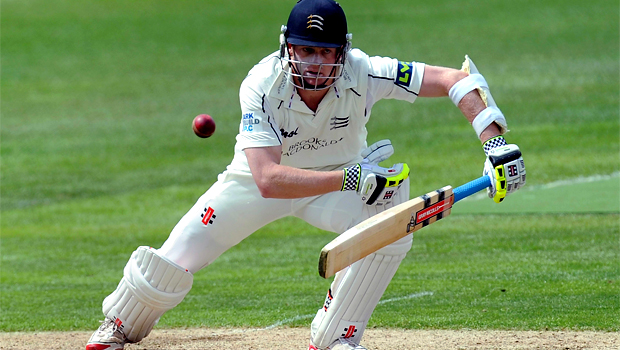 Ashes rivals England and Australia look set to do battle for the services of Sam Robson after the latter changed their rules regarding dual passports, allowing holders to play domestic cricket in more than one country.

Robson has certainly come to the attention of England selectors as he currently leads the way in the County Championship first division, scoring 993 runs at an average of 62.06.

The Middlesex opener was born in Paddington, New South Wales, to an Australian father and English mother and has been playing in the County Championship on a British passport.

That previously had prevented him from playing domestic cricket in Australia but now Cricket Australia have relaxed their rules which means Robson no longer has to choose between Middlesex and New South Wales.

CA said in a statement: “A number of Australian-qualified cricketers currently playing in ECB competitions in particular are doing so as a local player, meaning if they play in Australia during the summer they need to do so as an overseas player to retain their ECB eligibility.

“However, CA’s current overseas player definition prevents someone born in Australia, or holding a valid Australian passport, from qualifying to play here as an overseas player.

“Changes approved (on Friday) will ensure state associations and Big Bash League (T20) teams will be able recruit Australian players without them having to give up their eligibility to play overseas as a local player.

“It will remove the burden on these players to choose which domestic competition to play in.”

This relaxation of the rules will not only benefit Robson but also his brother Angus, currently playing for Leicestershire, Glamorgan’s Michael Hogan, Yorkshire’s Phil Jaques and Sam Hain, who joined Warwickshire this season.

With England touring Australia later this year, Robson could feature for New South Wales in a warm-up game against Alastair Cook’s men in November ahead of a potential Ashes call-up, although the English hierarchy could yet test his national desire by selecting him for themselves or, perhaps more likely, the Lions squad which shadows the senior party through the series.