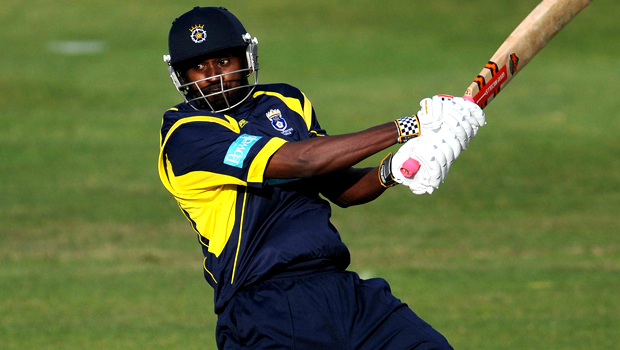 Dimitri Mascarenhas is determined to end his county career in style and has admitted that he will find it hard to turn down the opportunity to play Twenty20 cricket in future, if anyone wants him.

The Perth-born all-rounder is set to retire from county cricket at the end of the season but still has a shot for glory when he leads Hampshire on finals day in the climax to the Friends Life T20 competition.

The now 35-year-old is ready to call time on an 18-year career with the Royals which he describes as ‘an amazing journey’, largely because of an ongoing battle against an Achilles injury.

Mascarenhas is still undecided over his future beyond this season but is ready for one final hurrah when he captains Hampshire for the final time on Saturday.

“It’s been an amazing journey,” Mascarenhas said. “I just came over to play one season of club cricket and then I stayed.

“Playing cricket in the freezing cold was something I had to get used to pretty quick but I loved everything about it. It was the best decision I ever made.”

Mascarenhas may yet stay with the Royals in a coaching capacity but is keen to focus on matters on the pitch for now as he hopes to lead the county to a successful defence of the title they won last year.

“Hopefully we can pull it off again. [My retirement has] come into everyone else’s minds but for me it’s just another opportunity to win another trophy with the lads,” he added.

“Obviously it would be a good way to go out but just to win another trophy would be awesome.”

Mascarenhas is still hopeful that his career is not quite finished just yet and is waiting to see if he gets an offer from abroad, be it India, Australia or New Zealand before he hangs up his boots for good.

For now though, his attention is firmly fixed on the FLt20 semi-final against Surrey before a final against either Northamptonshire or Essex if victorious.