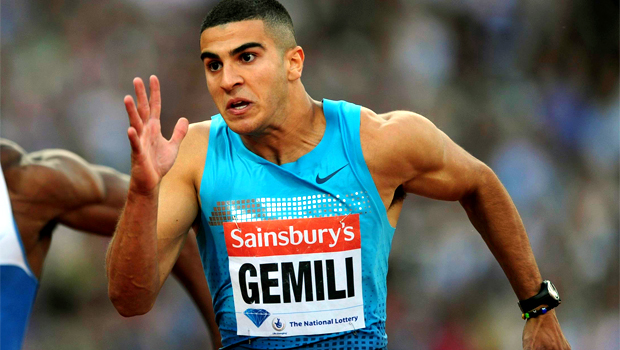 Adam Gemili admits he cannot get ahead of himself despite setting a new personal best to qualify for the final of the 200m at the World Championships in Moscow.

Gemili, who has always said he favours the 100m, showed his improved speed endurance to burst off the bend, eventually clocking a time of 19.98 seconds to win his semi-final and book his place in Saturday evening’s final.

His performance means the Londoner moves into second on the all-time list of British 200m runners and he must now fancy his chances of beating John Regis’ record from 1994 of 19.87seconds.

After the race, the 19-year-old was understandably ecstatic, although he knows he will probably have to run even quicker if he is to claim what would be a surprise medal for Great Britain.

“I can’t believe it. Honestly that is the best feeling in the world. Twenty seconds, to break that, I’m over the moon, ” he told the BBC. “I didn’t realise it was me. I was looking across when I crossed the line and I didn’t know if I had qualified.

“I made the final and I have run a PB and I am so grateful to so many people who I have to thank, but I still have to stay focused for the final tomorrow. Whatever happens now, I’ve put myself in amongst the best 200m guys in the world. I can’t ask for more than that. ”

Despite Gemili’s impressive performance, he will have his work cut out if he is to win a medal, as despite the absence of a number of big names, it still looks set to be an extremely fast race, especially with Usain Bolt in stunning form having once again cruised through his semi-final, while Curtis Mitchell won the other race on Friday night.