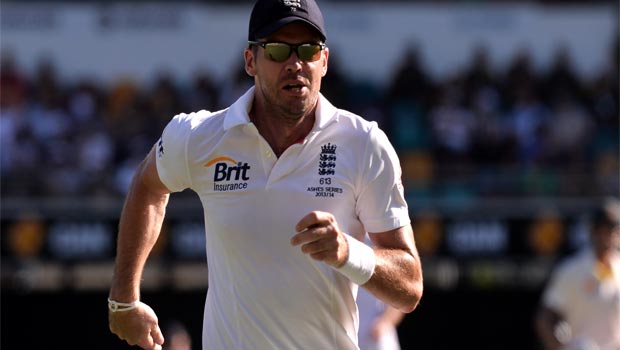 James Anderson has moved to downplay concerns over Australia’s sledging tactics employed during the first Test, won so emphatically by the home side last week.

Anderson insists that has ‘no problem’ with anything that was directed his way out on the field.

Aussie captain Michael Clarke was fined 20 percent of his match fee for a controversial rant at the England paceman in the final moments of the opening Ashes Test, warning Anderson to get ready for a broken arm.

What has perhaps muddied the waters is the fact that Jonathan Trott has since left the tour to return home with a stress-related illness, having been called ‘poor’ and ‘weak’ by David Warner.

That came during a press conference as opposed to in the heat of battle, although Anderson believes that the psychological battle remains a key aspect of the game.

“I have absolutely no problem about any of what the Australians were doing on the field,” Anderson said in his Mail on Sunday column.

“I try to get myself into a battle. It heightens my concentration. Certainly in the last few years I think I’ve developed it as a skill and it has helped me take the wickets that I have.”

Anderson did admit that Trott’s problems made him think about continuing his own sledging game, but feels that it will not have any effect on the rest of the tour.

“Sometimes, certainly after the game with what happened with Jonathan Trott, you sit down and think, is it actually that important?” he added.

“But when you’re out there and batting, all you are concentrating on is trying to win the game and, in this case, one of the most important series in our careers.”