Posted by Jason Stepford on December 1, 2013 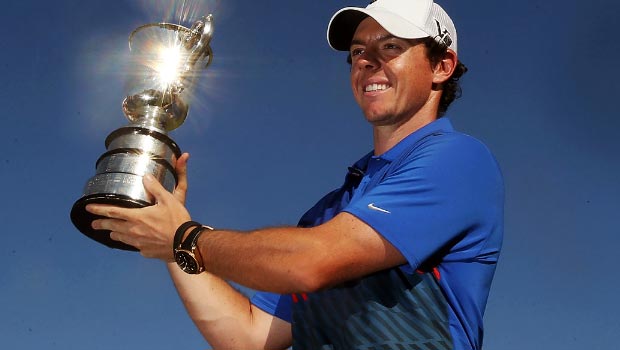 Rory McIlroy has ended what has been a difficult year on a high after overcoming a four-shot deficit going into the final round to pip Adam Scott to the Australian Open title.

The Northern Irishman shot a superb final round of 66 with world number two Scott, who had shot a course record of 62 on the opening day, only able to manage a closing 71 to be denied the chance of claiming the Australian triple crown, having already won the Australian PGA and Australian Masters.

McIlroy carded an eagle at the seventh and three birdied before holing a key 10-footer for par at the 17th, which kept him one shot behind Scott going down the last.

Unfortunately for the Australian he succumbed to a final hole bogey, which offered the former world number one a chance from 10 feet to snatch the title, and he duly obliged.

The success at the Royal Sydney Golf Club ended a barren spell of more than a year for McIlroy, whose last win came at the World Tour Championship in Dubai in November last year, and he admitted he couldn’t help but feel a pang of guilt for Scott who had led for almost the entire competition.

“It’s hard not to feel some sort of guilt in the way that I won it,” said McIlroy.

“Adam is a phenomenal golfer, a great competitor and probably an even better guy. I feel a bit sorry that I was the one that ruined the triple crown for him but I’m happy and Adam should be proud of himself. He’s a credit to the game and to this country.

“It’s been a frustrating year but I’ve worked hard and it’s been a process, trying to get back to winning golf tournaments, and it was nice to do that today.”