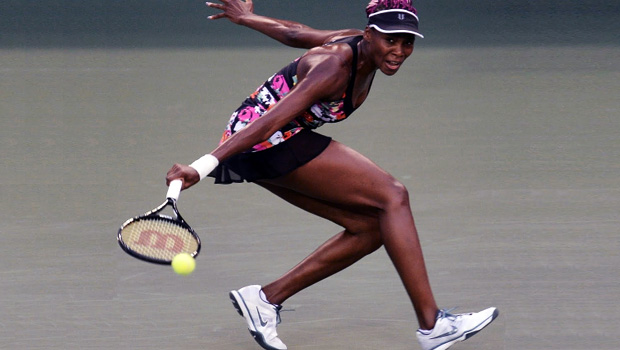 Venus Williams’ run at the Pan Pacific Open shows no sign of coming to an end after she disposed of 13th seed Simona Halep in a three-set thriller.

The seven-time Grand Slam champion has struggled for form and fitness in the last two years after being diagnosed with a disease that attacks the immune system.

However, the 33-year-old showed signs of getting her career back on track at the US Open last month with an impressive win over Kirsten Flipkens.

The American has followed that up with three good performances in Tokyo this week, demolishing world number two Victoria Azarenka in the second round 6-2 6-4.

The former world number one managed to build on that success on Wednesday night with a hard-fought win over Halep, coming from a set down to make it through to the quarters.

The 4-6 7-5 6-3 win looked unlikely when Romanian Halep went a set and a break up but she was unable to finish off Williams, who took the second set on the tie break before winning six of the last seven games to oust Halep.

Next up for Williams will be a testing encounter against rising star Eugenie Bouchard, who followed up her win over Sloane Stephens in round two with a straight-sets victory against Jelena Jankovic.

The 19-year-old will certainly provide tough opposition but Williams says she isn’t getting carried away with her recent run of results.

“I don’t know how I was able to win, but I’m very happy to arrive in the quarter-finals. I’m taking it one match at a time and I like it.”