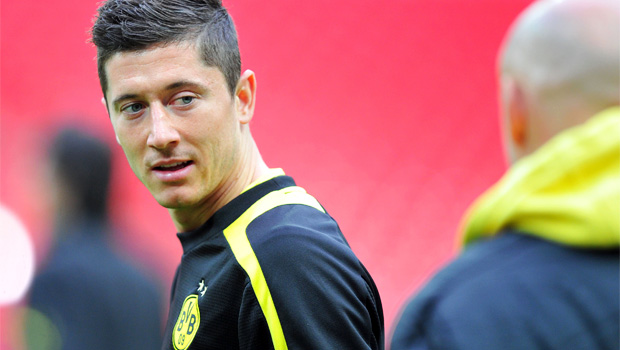 Borussia Dortmund striker Robert Lewandowski has put an end to speculation about his future by confirming he will be signing for Bayern Munich.

The Polish international has been linked with a host of clubs for the last year, with Manchester United, Juventus, Manchester City and Bayern having tracked him for some time.

The European and German champions looked to have won the race for his signature in May when Lewandowski announced he would be joining the Bavarians in the aftermath of the Champions League final.

Borussia Dortmund had initially sanctioned the move but then performed a dramatic U-turn by revealing they would keep the hitman for at least one more season in the hope he would change his mind.

That decision upset Lewandowski, who informed Dortmund he had no plans to extend his current contract beyond its July 2014 deadline and insisted he should be allowed to join Bayern.

The 25-year-old has now got his wish and is set to move to the Allianz Arena after confirming he would sign for Bayern in the new year.

When asked if he would confirm a move to Bayern in January, Lewandowski told Sport 1: “Yes, because I can officially sign the new contract in January.”

Lewandowski is thought to have agreed a four-year deal with Bayern and suggested that he could make his move to Munich in January, rather than have to wait until next summer.

“Right now, I can’t say anything,” added the Pole. “Normally, I can only reveal it officially in January.

“At this moment, it is still too early and we’ll have to wait a bit. But I think I can leave in January.”

Lewandowski will follow in the footsteps of Mario Gotze in making the move from Dortmund to Bayern, the Germany international having made the switch this summer.