We all know he’s been doing this for the past 10-15 years; it’s not his call, it’s the umpire’s – John McEnroe clarifies comment on Rafael Nadal

Posted by Daniel Martin on September 3, 2022 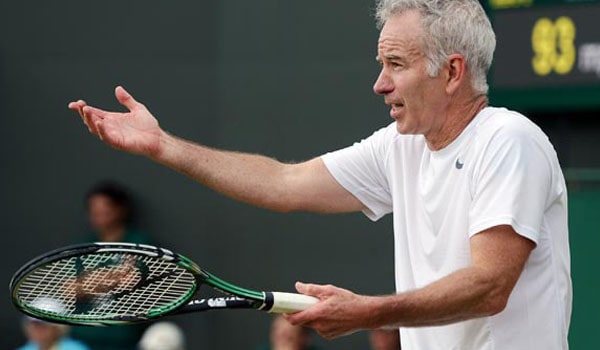 Rafael Nadal was asked a tricky question by a journalist after his first-round win against Rinky Hijikat in the post-match press conference. The journalist asked the veteran to give his opinion after John McEnroe had said in the commentary that Nadal continuously tests the shot clock.

Every player is given 25 seconds between the points and Nadal has received many warnings for exceeding the time. But Nadal revealed that he sweats a lot and he has go to the towel corner by his own between the points, which takes more time. Earlier, before Covid-19, the ball boys or girls used to give towel to the players but now the rules have changed.

The Spaniard refused that he receives any special treatment from the chair umpires because of his stature on the tour.

“I went through a lot of warnings under my tennis career. Never for breaking a racquet, never for doing a mess on court. But, yes, for the time clock. I have a problem that I am sweating a lot,” Nadal said.

On the other hand, McEnroe said that Nadal can take as much time as he wants and he has following this for the whole of his career.

“We haven’t had that talk, but let me just add that I, he didn’t let me finish, whoever that dumb journalist was. Rafael Nadal’s entitled to do whatever the hell he wants, that’s part of why you get as good as you are, you deal with that and it’s not upto him,” McEnroe said while talking to Eurosport.

“We all know he’s been doing this for the past 10-15 years, there’s nothing new to that, it’s not his call, it’s the umpire’s. And by the way, I think the whole thing is BS (referring to the shot-clock), no one pays attention to that. It should be automatic if you’re actually gonna do it. When do they turn it on? Is it the end of the point, is it when they get to the towel, is it when the crowd comes down?” McEnroe added.”Now Nadal thinks that his legacy has been stained because he takes too much time,” McEnroe concluded.

Nadal defeated Fabio Fognini in four sets to make his way into the third round.