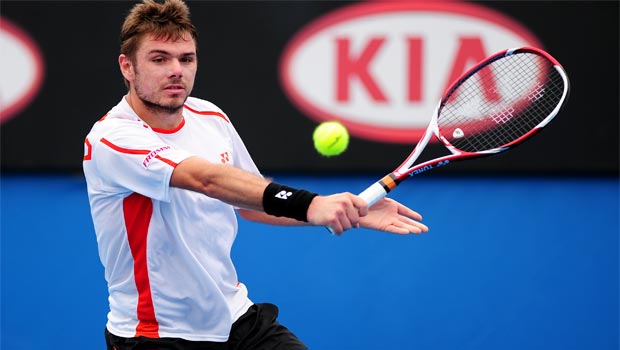 Stanislas Wawrinka defied the odds to beat Rafael Nadal and win the Australian Open in Melbourne.

The Swiss eighth seed lined up in Sunday’s Final as the big outsider, with practically everyone bar Wawrinka’s team expecting Nadal to prevail in the Rod Laver Arena.

However, Wawrinka took his game to the Spaniard, taking the first set 6-3, and after Nadal suffered what appeared to be a back injury early on in the second set, raced into a two set lead, winning the second 6-2.

An unthinkable straight sets loss looked on the cards for Nadal at that point, but like the champion he is, the Majorcan fought back with some great winners to take the third set 6-3.

In the end though, the back problem proved too much even for a supreme athlete like Nadal, and Wawrinka took the fourth set 6-3, serving well and capturing his first ever Grand Slam title with a forehand down the line, thus becoming the first man ever to beat both Novak Djokovic and Nadal in the same tournament.

Warwrinka was full of respect for Nadal afterwards.

“I’m really sorry for you and I hope your back is going to be fine,” he said.

“You’re a really great guy, a good friend and an amazing champion. It’s always a pleasure to play with you.

“Last year I lost a crazy match and I was crying a lot. I still don’t know if I’m dreaming but we’ll see tomorrow morning.”

As for Nadal, he was left to reflect on what has been a tough 12 months: “Many thanks to Stan, you really deserve it and I’m very happy for you. We have a great relationship. Bad luck was against me today but you really deserve this.

“It’s been a very emotional two weeks and I’m sorry to finish this way. I tried very, very hard.

“Last year was a very tough moment when I didn’t have the chance to be playing here. Playing this year has been one of the most emotional tournaments in my career.”

Nadal will take a break now in preparation for the French Open and is almost certain to miss out on helping his country in their Davis Cup bid.

Latest Dafabet odds make Spain favourites at 3.30 ahead of Serbia on 4.30.