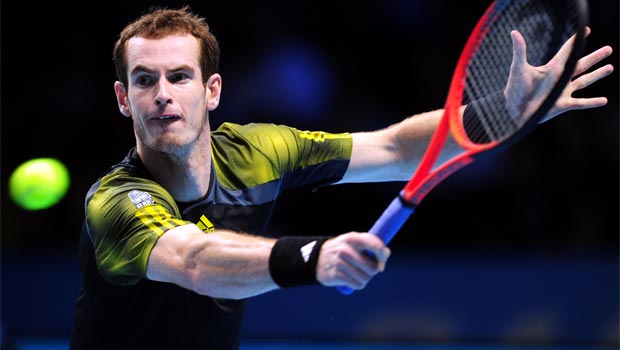 Andy Murray and Juan Martin del Potro’s early season struggles continue as both players bowed out of the ABN AMRO World Tournament in Rotterdam at the quarter-finals stage.

The duo went to the Netherlands hoping to rediscover some form after a tough start to 2014, Del Potro having been knocked out of the Australian Open in the second round.

The world number four had taken some time off since that loss in Melbourne and had looked in good touch in his first two matches at the World Tennis Tournament, defeating French duo Gael Monfils and Paul-Henri Mathieu in straight sets.

The Argentinean was expected to enjoy another straight forward contest against world number 24 Ernests Gulbis in the last eight in Rotterdam but the top seed was stunned by the Latvian 6-3 6-4.

Del Potro needed treatment on his left wrist during the match and will be keeping his fingers crossed he hasn’t suffered a recurrence of the injury that saw him miss nine months of action in 2010.

The 25-year-old claims his doctor has told him he is fine to carry on playing and doesn’t look set to miss any game time in the coming weeks.

Another player who has struggled with injury recently is Murray, who returned from back surgery at the start of the year.

The British number one has struggled to rediscover his rhythm since that lay-off and took a wild-card in Rotterdam in order to work on his match fitness.

The world number six has looked far from his best at the ABN AMRO World Tournament this week and found his recent weaknesses exposed by Marian Cilic in their quarter-final clash, the Croatian winning 6-3 6-4 in just 71 minutes.

Despite falling to Cilic, Murray was keen to take the positives out of the match as he builds towards the start of the hard court season in America.

“It was the first time I’ve played three [days] in a row since the surgery in September, so that has to be a positive,” said the two-time Grand Slam champion.

With the top two seeds bowing out the way looks clear for Tomas Berdych to clinch a first title this year.

The big-serving Czech is 1.520 to win his semi-final against Gulbis, who is 2.560 to cause another upset.