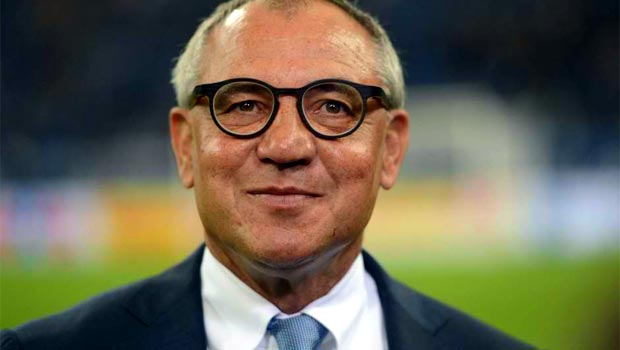 Felix Magath says he is excited to have become the new head coach of Fulham after the Premier League’s basement club took the decision to replace Rene Meulensteen.

The Cottagers made the move to change their manager for the second time this season having seen a limited improvement under Dutchman Meulensteen.

The former Manchester United coach took charge of the west London outfit in December following the departure of Martin Jol but has struggled to get the best out his team, winning just four of his 17 matches in charge.

Fulham’s poor form has resulted in Meulensteen being replaced by Magath as the club’s manager, the 60-year-old becoming the first German to manage in the Premier League.

Meulensteen has accused Fulham owner Shahid Khan of hitting the panic button in his decision to axe him, and the move does appear to have come at a strange time given the club backed the 49-year-old significantly during the January transfer window.

However, Khan has released a statement insisting “action was required” and has backed Magath to keep his club in the Premier League.

The 60-year-old has signed an 18-month contract with Fulham and is hopeful of bringing some of the success he has enjoyed over in German to England.

“It’s a fantastic working environment for every coach and footballer. This traditional and great club and its owner Shahid Khan have completely convinced me and gave me the responsibility. I thank the club and the owner for that trust,” Magath wrote on his Facebook page.

Magath has won the Bundesliga three times as coach, most recently with Wolfsburg in 2009, but is facing a very different type of challenge in his latest role given Fulham’s current position.

With 12 games to go in the Premier League the cottagers are currently priced at 1.30 to be relegated.

Magath’s first match in charge will be a huge relegation six-pointer with West Brom at the Hawthorns, a game they are available at 4.26 to win.