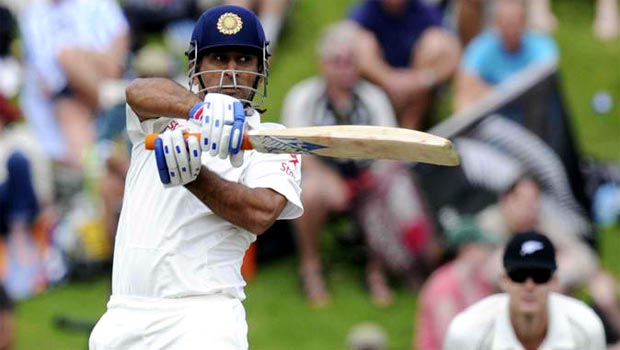 India have given themselves an excellent chance of squaring the series with New Zealand after dominating the opening day of the second and final Test.

Having suffered a shock defeat to the Black Caps in the opening encounter, MS Dhoni’s men were looking for an improved display and it was paceman Ishant Sharma that lifted them on Friday in Wellington.

The 25-year-old took career-best figures of 6-51 as the hosts were dismissed for just 192, with Kane Williamson’s 47 the top score of a woeful effort.

The Asians then moved to 100-2 at stumps and will be looking to build a sizeable first-innings lead to put more pressure on the Kiwis when they bat second time around.

New Zealand went into the match full of confidence after winning in Auckland but they were soon in trouble at 86-6.

James Neesham smashed a rapid 33 down the order, while Tim Southee hit three sixes in a breezy 32 to lift the home side close to the 200 mark, but it was Ishant who took all the plaudits.

India also lost an early wicket when they batted as Murali Vijay fell to Southee, while Cheteshwar Pujara went for 19.

But Shikhar Dhawan belted ten fours and one six in his attacking knock of 71 and will be joined at the crease on day two by Ishant, who is unbeaten on three as night-watchman.

New Zealand have been weakened by the loss of batsman Ross Taylor, who is attending the birth of his second child, but skipper Brendon McCullum will be looking for his men to battle hard over the next four days to try and secure an historic series success.