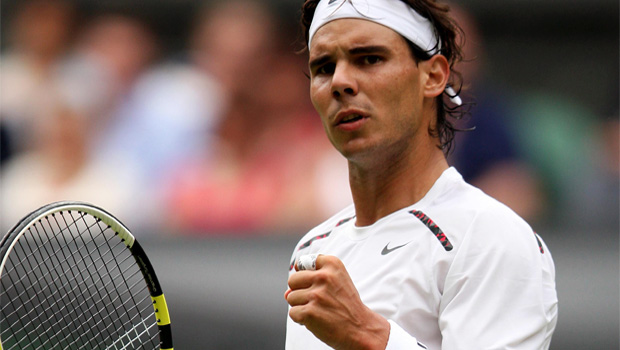 The omens look good for Rafael Nadal going into 2014 after he won his first ever title at the Qatar Open in Doha as he fine tunes his preparations for the Australian Grand Slam.

The Spanish ace made a tremendous recovery from his long-standing knee problems to win both the French Open and US Open on his way back to the summit of the men’s game.

Nadal has never had too much joy at the start of a year before though and perhaps was not expecting to go all the way this time either as he was taken to three sets by both Tobias Kamke and Peter Gojowczyk on his way to the final.

He took on Gael Monfils for the title and although he holds a vastly superior record of 10-2 in the head-to-head, both of his previous defeats to the Frenchman came in this very tournament – in 2009 and 2012.

However, the top seed got off to a blistering start and waltzed through the opening set 6-1 in a mere 23 minutes, before Monfils upped his game in the second.

The French ace managed to secure an early break to grab the initiative and even though he surrendered the break, he still had enough in the tank to level matters by edging the tie-break.

However, Nadal seemed destined for the win after securing an early break in the decider and, after saving four break points in the fifth game, maintained his advantage to secure a 6-1 6-7 (5-7) 6-2 victory.

The victory was Nadal’s first ever in his opening tournament of the year and took his career tally to 61, climbing above Andre Agassi into eighth on the all-time list.

“Every victory is important and the title today means a lot to me,” Nadal said. “It is the first time in my career that I am able to start the season with a victory. That’s always important.”

The result is a timely boost ahead of the year’s first Grand Slam, which starts on January 13, while it strengthened his position as the world number one after Novak Djokovic opted not to play this week.