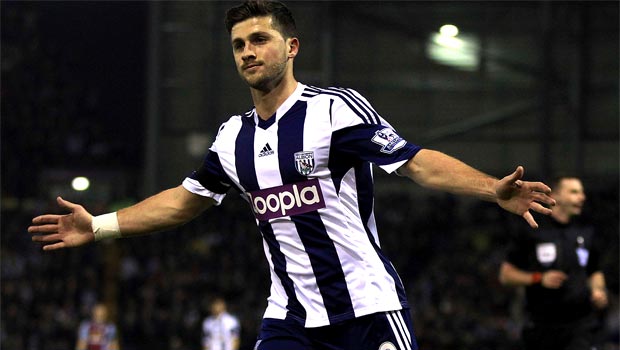 West Brom caretaker manager Keith Downing has insisted he has no intention of sanctioning the sale of Shane Long during his time in charge at the Premier League club.

The Baggies were prepared to part with the striker’s services over the summer, with an offer from Hull City accepted, however no deal was able to be pushed through on transfer deadline day.

Various clubs, including Steve Bruce’s side, are believed to still be monitoring the situation and could be tempted to make an approach this month now the window has opened again.

A move could potentially be more likely to happen due to the sacking of Steve Clarke and the poor league position that the club are in at the moment, with the Baggies currently in 14th place, however Downing is adamant that there will be no move while he is in charge.

“Shane’s contracted to us, the speculation hasn’t been unsettling, he’s fully fit now, but he’s an Albion player, so he plays,” he said.

“We were part of the selection to get him in here, and we have a high regard for him. The speculation in the summer has brought it all up. We believe in him and he’s part of the plans,” Downing added.

“I won’t be involved in any transfer activity. But when the new man arrives, I’ll have an input, we’ll help him.”

Long has found it tough in the goal-scoring department this season, with the 26-year-old finding the back of the net on only three occasions, with youngster Saido Berahino overshadowing the forward with eight goals.

There has still been no movement regarding a new appointment at the club and Downing has admitted that a new face is needed soon if they are to make the most of the transfer window.

“The club have four or five people judging who’s the best one to be selected. So we have to trust them to get the right one in.”

One player who has left the club this January is goalkeeper Lee Camp. The 29-year-old made 11 appearances whilst on loan with Bournemouth and has now penned a two-and-a-half-year deal after his contract at The Hawthorns expired.