The Grand Slam And The Big 3 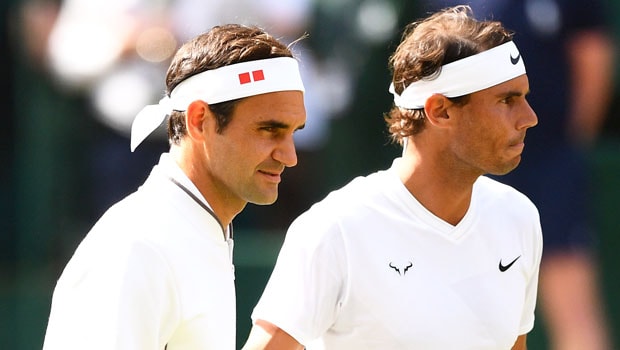 To an average Tennis player, winning a Grand Slam is a highlight of their career. It represents coming a long way, defeating other professional players to claim either of the four prestigious titles. But for some other players, it is all about setting new records.

Roger Federer holds the record of the male with the most grand slam titles. His last win was in January 2018 when he secured his 20th Grand Slam.

Currently world number 4, Federer has been able to set the pace since winning his first title in Wimbledon back in 2003, a title he won 5 times consecutively. His least favourite Slam is the French Open which he has won only once, in 2009.

Following right behind Federer is Spanish Legend, Rafael Nadal. Nadal has proven himself as one of the greatest tennis players of all times and he has 19 Grand Slams to show for it. Winning both the French Open and US Open in 2019, Nadal is on a steady course to claim his 20th title and share the number 1 position with Federer.

Serbian Novak Djokovic is the current world number 1 for men’s tennis and has won 17 Grand Slam titles over these past years. He started 2020 on a high note, winning the Australian Open, for the second year in a row, after winning at Wimbledon in 2019.

The 2020 Tennis season had been suspended due to the coronavirus and this would allow the current state of the Grand Slam to remain the same for a while. The French Open, which was supposed to begin in May, would have led to some interesting change.

Federer had earlier announced that he would not be playing in this year’s French Open, due to recovery from a knee surgery, leaving the spot for Nadal and Djokovic to battle it out.

The French Open has always been a favourite for Nadal, who has won it 8 times in the past 10 years. Winning it this year would have placed him in the same position as Nadal.

But Djokovic, who has won the French Open just once, should not be underrated and him winning the tournament puts him just one shot behind Djokovic. With 2 more opens to fight for, Djokovic could end up tied with Federer with the most Grand Slams.

These are just speculations, of course, but it illustrates the intricate balance that exists at the top and how it could topple with a stroke. Sadly, the pandemic has prevented us from knowing how things would have turned out between Nadal and Djokovic, and there is every possibility that Federer could signify interest, with the postponement of the tournament.