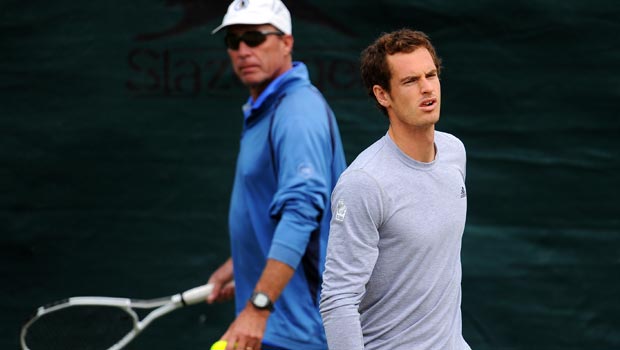 Andy Murray and coach Ivan Lendl have confirmed they have mutually agreed to end their partnership after over two highly successful years working together.

Czech great Lendl has been largely credited with taking British number one Murray to the next level, having been by his side for the two Grand Slam victories thus far in his career.

The 26-year-old had worked with a string of coaches and lost his first four major finals before adding Lendl to his team in December 2011.

In their first year together Murray defeated Roger Federer to win Olympic gold at London 2012 before beating Novak Djokovic to claim his first slam, the US Open.

At the end of that year the 54-year-old said he could see himself coaching Murray until the end of the Brit’s career and the duo went from strength-to-strength in 2013, culminating in Murray becoming the first home grown champion at Wimbledon in 77 years.

While Murray has struggled since his success at the All England Club due to a back problem, the news he and Lendl have split will come as a major surprise to many.

“I’m eternally grateful to Ivan for all his hard work. We’ve learned a lot as a team and it will be of benefit in the future,” said Murray.

“He’s made me learn more from the losses than I did before and he’s always been very honest with me and believed in me when other people maybe didn’t.”

Former world number one Lendl indicated in his statement that he felt he had taken Murray as far as he could and was looking to spend more time playing tennis, rather than coaching.

“Having helped him achieve his goal of winning major titles, I feel it is time for me to concentrate on some of my own projects including playing more events around the world which I am really enjoying,” said Lendl.

“I will always be in Andy’s corner and wish him nothing but great success as he too goes into a new phase of his career.”

Murray will hope he can put the lessons he learnt from Lendl to good use this week at the Sony Open as he looks for his first tournament win of the year.

Murray is priced at 15.00 to win the event in Miami, with Djokovic 2.50 to follow up his Indian Wells success by winning the Sony Open.