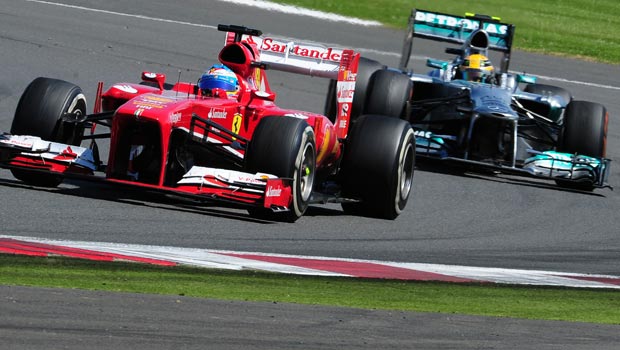 Ferrari technical director James Allison admits the Scuderia’s F14T is currently some way off title favourites Mercedes’ W05 but is confident the Italians can close the gap.

The Silver Arrows were tipped to dominate the first race of the season, the Australian Grand Prix, after impressing in pre-season testing, and that proved to be the case as Nico Rosberg took the chequered flag.

The German finished close to 27 seconds ahead of McLaren’s Kevin Magnussen in second, while he was 35 seconds clear of the closest Ferrari.

Neither Fernando Alonso, who finished fourth, or Kimi Raikkonen, who was seventh, made any attempts to hide their disappointment at not being able to challenge for a podium after a good set of pre-season tests.

Both drivers were disappointed with a lack of straight-line speed and said the F14T still felt like it had more to give.

Allison is in agreement with his drivers, claiming there is a lot of room for improvement on their first showing in Melbourne.

While the Scuderia technician was pleased with certain aspects of the car, he admits they find themselves already playing catch up on the impressive Mercedes.

“While we can take some satisfaction from the reliability shown by the F14T, it is clear that we have our work cut out to improve our car in order to compete on equal terms with the Mercedes team,” he said.

“There is plenty about the F14T that is working very well: the starts and the pace in the corners – especially the high speed ones – are particular strong points, but we need to work further on the stability under braking and the speed on the straights.

“But we intend to fight our way back up the grid with the improvements that we will bring to the car.”

Ferrari will hope to show signs of improvement when the Formula 1 bandwagon roles into Kuala Lumpur for the Malaysian Grand Prix on March 30.