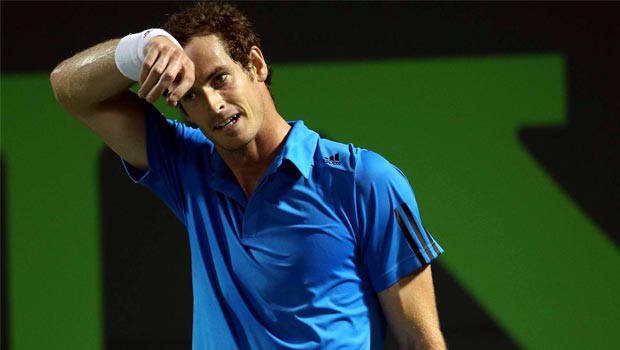 Andy Murray insists he is happy with his game despite crashing out of the Sony Open at the hands of Novak Djokovic.

Murray lost in straight sets (7-5 6-3) to the man he beat at Wimbledon last year, with the Serb progressing through to the semi-finals in Miami in controversial circumstances.

With Djokovic leading the tie 6-5 and Murray serving to stay in the first set, the six-time Grand Slam champion clearly leaned across the net to play a shot, which is against the rules, and went on to win the point.

Murray vehemently questioned the call and continued to be affected by it throughout the remainder of the match.

The defeat means the Scot will drop to eighth in the world, his lowest ranking since 2008.

But, speaking post-match, Murray remained upbeat about his form following his return from back surgery.

“If someone had told me after the surgery this is where I would be going into April, it’s not too far from where I’d want to be,” Murray said.

“I played more tournaments to start the year than I have in the last few years and have come through pretty good.

“I’m playing top-10 tennis, but maybe not top-five or top-four tennis. That’s where I want to be by the time the French Open comes around, so hopefully in the next couple of months I will improve.”

Murray was not the only big-name casualty in the last eight, with Roger Federer squandering a big lead to lose 3-6 7-5 6-4 to number 20 seed Kei Nishikori.