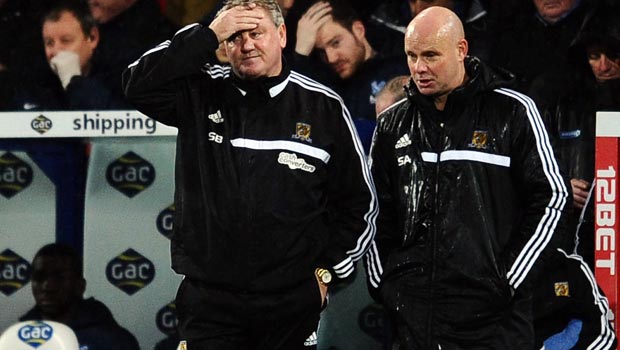 Hull City boss Steve Bruce has joined the growing body of opinion that wants penalties to be deemed sufficient punishment for fouls on an opponent with a clear sight on goal.

Bruce’s relegation-threatened side was forced to play nearly three-quarters of Wednesday night’s 2-1 defeat at West Ham down to 10 men after goalkeeper Alan McGregor was controversially sent off.

To make matters worse for McGregor he spent the night in hospital receiving treatment for suspected kidney damage suffered in the collision with Mohamed Diame which resulted in his dismissal and a penalty for West Ham, converted by Mark Noble.

“It’s an innocuous challenge, he’s got there first the lad, it may be a penalty, but to send him off…Is a penalty not enough? To send him off, for me he doesn’t make that decision,” Bruce said.

“It’s hard enough to come to West Ham with 11, let alone 10. It’s too often that we’re talking about big games like this and ludicrous decisions that they keep constantly making.

“These rules were brought in to say that if it is blatant – Allan McGregor is in hospital in a really serious way. He’s made a genuine attempt for the ball; he hasn’t got it, but surely is that not sufficient? We’ve got somebody back on the line to clear it.

“For me, there is no common sense in the referees at all. They are governed by the letter of the law, to a degree, which is ludicrous in my opinion.”

Hull coped admirably with the loss of their goalkeeper and fought back to level the scores through Tom Huddlestone’s deflected effort only for James Chester to spectacularly put through his own net and hand West Ham a vital three points.

“We’re hugely disappointed, but I couldn’t have asked for anything more from them, they were absolutely superb on the night. With 10 men, to come to a place like West Ham, we totally dominated the game, in my opinion,” Bruce added.

McGregor will be suspended for City’s trip to Stoke on Saturday (they are 3.09 to come away from the Britannia Stadium with the three points) and the home game with Swansea because of his second red card of the season