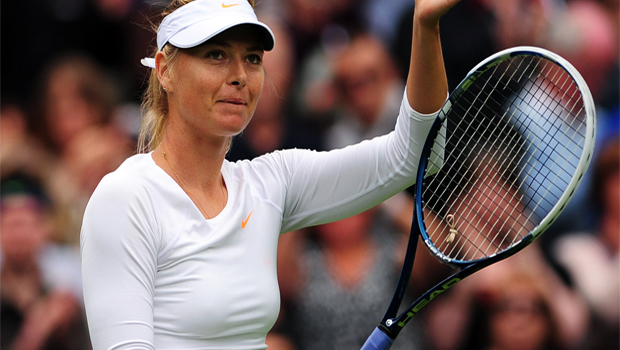 Maria Sharapova is trying to shrug off a niggling injury ahead of the start of US Open at Flushing Meadows in a fortnight.

Currently ranked third in the world behind Serena Williams and Victoria Azarenka, the Florida-based Siberian suffered a hip problem during her shock second-round Wimbledon defeat to Portugese qualifier Michelle Larcher De Brito, but will put her fitness to the test in Cincinnati this week.

She was forced to miss the big Toronto tournament last week, and has not won a WTA title since Stuttgart in April, but having split with coach Thomas Hogstedt, will be hoping that the decision to hire former Grand Slam winner Jimmy Connors will bear fruit.

She has been training with Connors for the past week in his native Midwest ahead of a second round tie in Cincinnati with either aspiring star Sloane Stephens rs a qualifier.

Sharapova, recently named as the richest female athlete on the planet in the Forbes list, said on her Facebook page:

“It feels great to be back in Cincinnati. Getting a good hit in muggy conditions.”

Like Sharapova, the number two seed Victoria Azarenka has also had health problems, withdrawing from Wimbledon with an ankle injury.

She made her comeback recently in Carlsbad where she made the final, but then cited a lower back problem as the reason for rejecting a wild card in Toronto.

A near neighbour of Sharapova in an exclusive California beachside resort these days, the Belarusian is also out to make up for lost time ahead of the US Open.