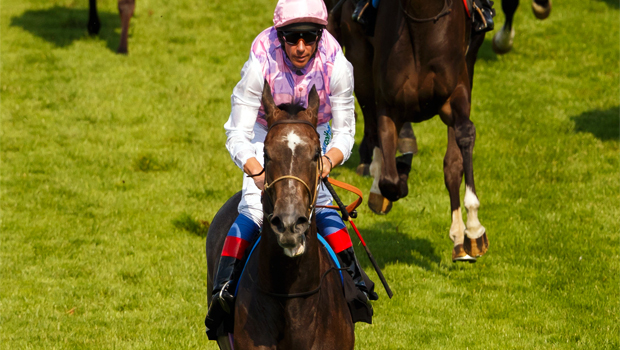 Amazing Maria may be aimed at Goodwood later this month after missing the Sweet Solera Stakes at Newmarket on Saturday.

Ed Dunlop’s filly was set to line up fancied for the Group 3 contest at headquarters, but was deemed to be not quite right and was taken out overnight.

The daughter of Mastercraftsman impressed Frankie Dettori, who rode her to a convincing victory in a Glorious Goodwood maiden on her third and latest outing, and she may now return to the Sussex track on 24th August to contest the Whiteley Clinic Prestige Stakes, although she has also been given an entry in the Acomb Stakes three days earlier at York’s Ebor meeting.

Barry Simpson, owner Sir Robert Ogden’s racing manager, said: “We were a bit concerned about her temperature on Thursday and decided not to risk her.

“It was only nine days after Goodwood so we didn’t want to take any chances.

“We’ll look at the Prestige back at Goodwood or the Acomb at York, but the York race is only an outside chance I’d have thought at this stage.”

In her absence on Saturday, the Newmarket race was won by Godolphin with Ihtimal, who lined up as one of just two maidens in the race.

Saeed Bin Suroor’s filly won well to open her account under William Buick, and made it five straight victories in as many seasons in this event for the boys in blue.

Bin Suroor said: “She deserves another step up in class now and we will either keep her over seven furlongs or try her over a mile.”