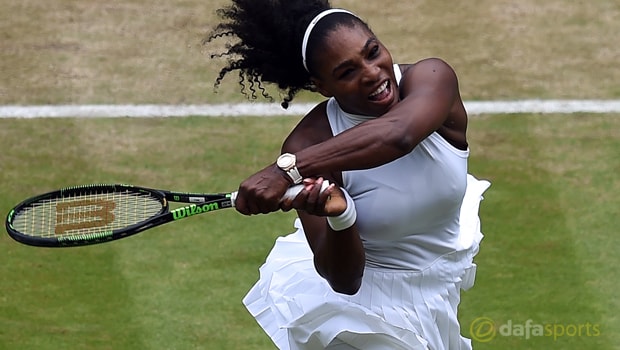 Serena Williams says “everyone should have high expectations” ahead of her comeback at Indian Wells.

The American will make her competitive return to tennis at this week’s Masters 1000 event, having not played since claiming the 2017 Australian Open.

In the meantime, she has both got married and become a mother but complications meant she was unable to make it back to Melbourne to defend her title.

Before the Australian Open, she played an exhibition event in Abu Dhabi and continued her build-up to Indian Wells by reaching the semi-finals of the Tie Break Tens.

Coach Patrick Mouratoglou has said the 23-time Grand Slam winner still has majors on her mind and Serena has no doubts about her goals.

She is currently the 5.25 favourite to win the French Open, while she also leads the betting at 4.50 for both Wimbledon and the US Open.

Thursday sees her take on world number 53 Zarina Diyas at Indian Wells and as an unseeded player, she will have work to do to make the final stages.

Williams’ absence saw her drop to 22nd in the rankings but she will undoubtedly do all she can to get back to her previous spot as the undisputed world number one.

Speaking ahead of her return in the Californian desert, the 36-year-old says she and everyone else should expect her to hit the ground running during her comeback.

Williams said: “I think everyone should have high expectations. That’s the message that I’m sending. You should always believe in yourself, even if no one else does.”