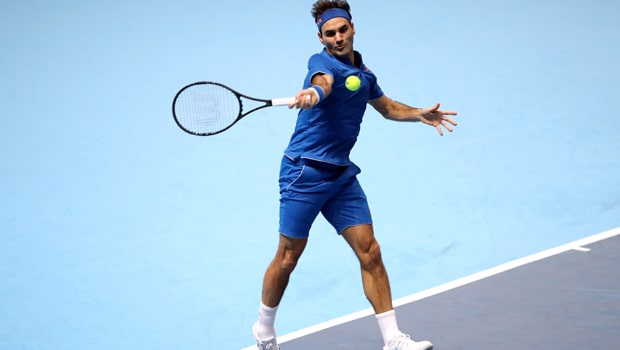 Roger Federer admits he will need some luck to find a way past big server John Isner in the Miami Open final on Sunday.

The Swiss suffered disappointment at Indian Wells last time out, losing 2-1 to Dominic Thiem in the final, but he is hoping to go all the way in Florida.

He boasts a formidable record on American hard courts and continued that impressive form on Saturday by seeing off Canadian Teenager Denis Shapovalov 6-2 6-4.

Sunday’s appearance will be Federer’s fifth in the final at the Miami Open but he faces a difficult task in trying to find a way past the defending champion. The 20-time Grand Slam champion is wary of Isner’s big serve but hopes to find a way to cope.

Federer said: “Playing a big server like John is like being in a penalty shootout in soccer, but I enjoy it. “Sometimes you go with momentum.

“You just hope that the stars align, that you pick the right side, that he picks the wrong side, that maybe he misses a serve, that you can put him in uncomfortable situations time and time again, and at the end somehow you find a way.”

Federer, who holds a 5-2 head-to-head advantage over the American, is priced at 1.22 to win, while Isner can be backed at 4.20 to prevail.