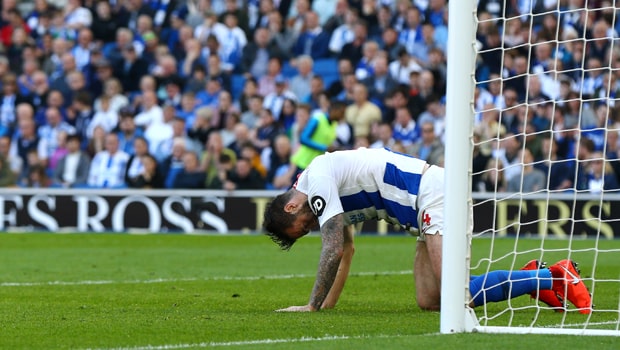 Brighton defender Shane Duffy insists the squad are still “feeling confident” about their chances of survival despite losing on Saturday.

The Seagulls had the opportunity to move eight points clear of relegation when Southampton came to town, however, they came away on the wrong side of a 1-0 result.

Pierre-Emile Hojbjerg netted the only goal of the afternoon to move Southampton level on points with Brighton. Burnley’s victory at home to Wolves has also moved them on to 33 points alongside the two south coast clubs.

After missing out on a huge opportunity to earn some breathing space, having sealed back-to-back wins prior to the international break, they return to action on Wednesday against Chelsea.

Despite facing the prospect of a tough trip to Stamford Bridge, Duffy insists they are still confident of doing enough to survive.

Duffy told the club’s official website: “We knew Southampton were below us, and it was one of those six pointers, but we’ve got to look after ourselves and there’s still a lot of football to be played.

“We’re still feeling confident; hopefully the results will even themselves out throughout the season and that we’ll get enough points by the end of the season.

“I don’t think we were good enough to get the three points, we’ve got to get ready for a big game on Wednesday.

“You want to test yourself against the best and this is why we want to be in this league next year, to test ourselves against players like that.

“We’ve got to go there, play our game and hopefully cause an upset.”

Brighton can be backed at 12.00 to pick up all three points in west London, with Chelsea priced at 1.29 to win, while the draw is available at 6.00.