Pan Pacific Open: Laura Robson down and out in Tokyo 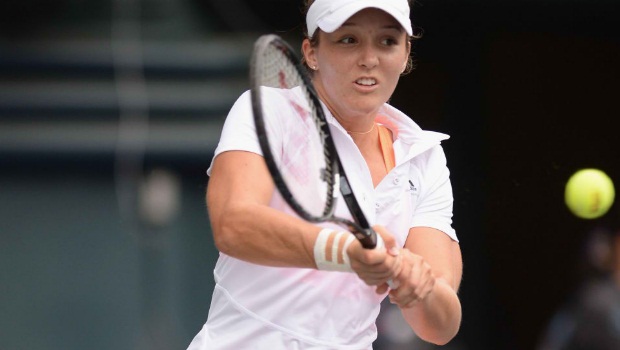 British number one Robson, ranked 38 in the world, was always just second best against an opponent who lies 24 places below her in the rankings, going down 7-6 (7-4) 6-3 in a match that last just short of 90 minutes.

The two players had met twice already this year, the score standing at one apiece, but Morita always looked the more likely to succeed, and her reward is a second-round tie with sixth seed Jelena Jankovic.

Meanwhile, five-time Wimbledon champion Venus Williams rolled back the years as she destroyed her German opponent Mona Barthel 6-1 6-3 in just 64 minutes. She now faces a much tougher task in the shape of top seed Victoria Azarenka, but has the class and experience to give it a go.

Sister Serena pulled out of the tournament due to tiredness, while Maria Sharapova is still troubled by an injury to her right shoulder and gave it a miss.

However, despite being sidelined, the Siberian has still qualified for next month’s TEB BNP Paribas WTA Championships in Istanbul.

World No 4 Agnieszka Radwanska has also had her place in Istanbul confirmed.

This is the third time the Pole has qualified – her best result was reaching the semi-finals last year – and she will be hoping to go at least one place better after a good run of form this year that includes a recent victory in the Korean Open.

The top eight singles players and top four doubles teams will compete in Istanbul for a record $6 million prize money.