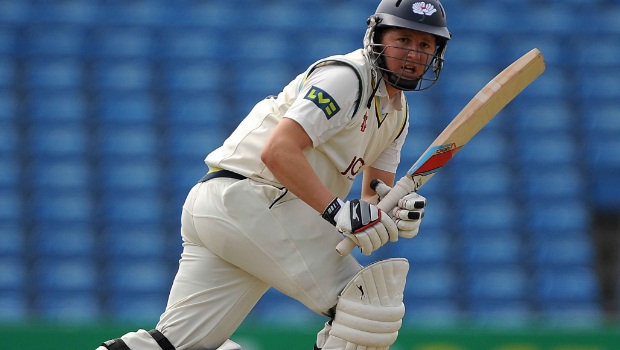 The trio of Gary Ballance, Ben Stokes and Boyd Rankin are in England’s 17-man Test squad for this winter’s Ashes series.

In addition to the three uncapped players, National Selector Geoff Miller has also recalled opener Michael Carberry, spinner Monty Panesar and pace bowler Chris Tremlett. To make way, batsman Nick Compton and fast bowler Graham Onions miss out, while Tim Bresnan’s participation is on hold while he recovers from a back injury.

Of the newcomers, all-rounder Stokes, a member of the Durham Championship side, and fast bowler Rankin have shown what they can do in the one-day series against Australia. However, it is Rankin’s county performances in particular that earned him a place on the plane.

“That was why he got his selection for the one-dayers and he showed what he can do.

“He’s played very well for Yorkshire so it’s not a left-field selection, it’s considered,” he said.

“It’s not just about picking the side, you obviously pick players to win the series but we have to think about the future as well, the immediate future and a bit further on.

“He’s proved over the last year or so that he’s developing his game rapidly, he’s an exciting prospect.

“He comes into the squad to feel the atmosphere and we know he’s capable of doing a job for us in the all-rounder position.”

Ballance expressed his shock at the call-up.

“I wasn’t expecting it and I was surprised when I got the call. I am looking forward to it. It will be a great lifetime experience,” said the 23-year-old, born in Zimbabwe.

“It will be an honour to represent England at the highest level and it will be extra special in an Ashes Series. It will be a little daunting playing with some of the best players in the world but I know that I’ll be made welcome.

“I’ve spoken to Joe (Root), Jonny (Bairstow) and Tim (Bresnan) about the England set-up and they speak highly of the dressing room. It is very much like a club environment where everyone works hard for each other with one common goal of winning.”

Alastair Cook will captain a squad looking to win a fourth Ashes series in a row, a feat last achieved by an England team in 1890.