Women’s Tennis: Robson marches on at US Open 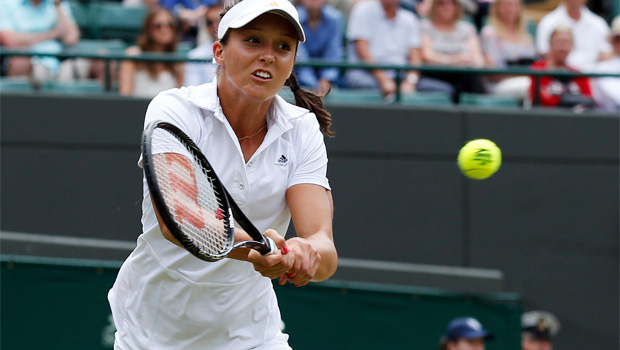 Britain’s Laura Robson continued her good run of form, beating fellow teenager Caroline Garcia to progress in the US Open.

Robson was yet another player forced to wait to get on court due to the inclement weather in New York, but once she did the number 30 seed produced a polished performance to see off her French opponent 6-4 7-6 (7/5), saving two set points in the final set.

It shows how much Robson has moved on, considering that Garcia nearly upset Maria Sharapova at the French Open a couple of years ago, prompting Andy Murray to tweet that she was a ‘future world number one’.

This latest success sets up a rematch with Li Na, whom she beat at the third-round stage at Flushing Meadows 12 months ago to reach a Grand Slam fourth round for the first time.

Robson said: “I’m very happy. I thought I played fairly well. I didn’t start off on her service games too well.

“It was good to just stick with her, and then I took my chances when I had them.

“I was really happy with my serve, especially my second serve. She made a lot of mistakes off that, so I was just trying to spin it as much as possible. It definitely went well.”

Robson had missed her previous three tournaments with a wrist tendon injury, and one moment of concern came at the end of the first set when she took some painkillers and had her right wrist re-taped by her trainer.

However, she played down any fears of it being a problem ahead of her clash with Li, saying: “I think I’m playing my forehand well enough for it not to be.

“It’s definitely a big match in the third round against Li Na. It’s going to be a tough one.”

Topics: Bet on Tennis, Bet on US Open, Tennis Betting, US Open Odds