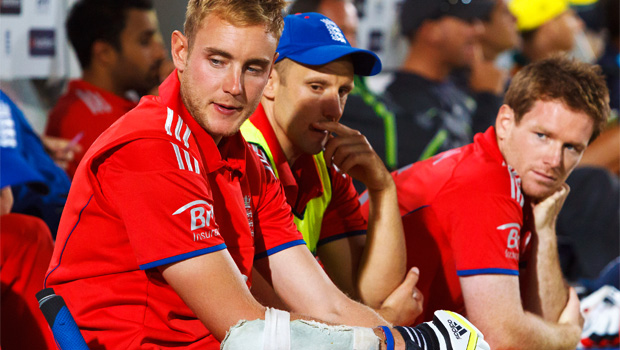 Stuart Broad is hoping to inflict more pain on Australia when the T20 tournament gets under way in Southampton on Thursday night.

Australia’s 3-0 Ashes defeat kept up their poor recent run and they arrive at the Rose Bowl in Hampshire on a run of five straight 20-over defeats.

However, they have the players to make an impact at the shorter format, with Shane Watson and David Warner adept at swinging the bat, while the addition of limited-over specialists Aaron Finch, Shaun Marsh and Glenn Maxwell, who lashed 145 off just 79 balls against India A, is a plus factor.

Add to that the fact that England have lost six of their last 10 T20 games and it gives Australia some hope of salvaging at least some pride from what has been a torrid summer so far.

However, Stuart Broad, who will captain England, will not want to give an inch following the recent slating he has taken from the Aussies.

He said: “Any time you step on the field in an England shirt you are looking to beat the opposition.

“We know Australia are a dangerous team and we know they will be hungry to beat England. They’ve not beaten England in England since June 2010 in any format.

Kevin Pieterson has been rested for the two-match series, but Broad believes they have the batting strength to amass a big total on a ground known for high scores.

“It’s an exciting line-up and there are some powerful players.

“That’s a good place to be as a Twenty20 side and it’s great for English cricket to have so many exciting Twenty20 talents.”