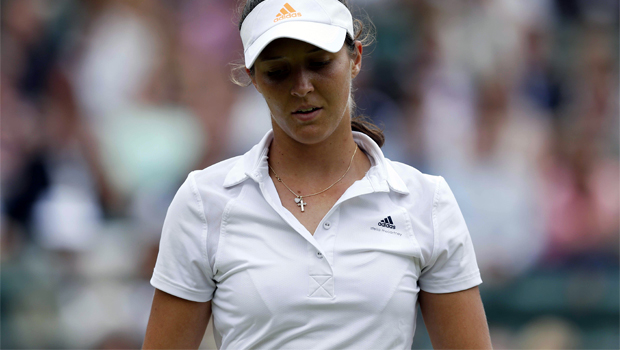 Laura Robson has given an upbeat bulletin regarding her recent injury and is confident that it will not harm her chances too badly at US Open.

The 19-year-old of course burst onto the women’s scene 12 months ago at Flushing Meadows as she beat both Kim Clijsters and Li Na on her way to the fourth round.

Preparations for this year’s tournament have not gone so well though as she suffered a tear in the sheath around the tendon in her right wrist before the Rogers Cup earlier this month and, although the injury is in her weaker hand, the left hander was forced to withdraw from the event in Toronto.

Robson has not played since suffering a comprehensive 6-1 6-2 defeat to third seed Petra Kvitova in the second round at the Southern California Open at Carlsbad last month, but has downplayed the significance of the recent injury which has affected her playing time.

“I hit one backhand and I felt it go. It’s never happened to me before like that. It was a bit of a weird one but stuff happens,” Robson said.

“We’ll see how it is when I play but I’m pretty happy with how my rehab has gone. It’s still going to be taped but I’m hoping it will turn out well.

“I hit points for the first time two days ago and I was pretty happy.

“It’s on my non-dominant hand so I’ve still been able to practise forehands, serves and volleys. I’ve been on a mini training block in Florida at Bolletieri’s (Academy) so it’s been fine.”

Robson of course enjoyed a marvellous run to the fourth round at Wimbledon earlier this year and her efforts have seen her rise to a career high of 32 in the world rankings, and she is the first British woman to be seeded at a Grand Slam event since Jo Durie at the Australian Open in 1987.

The British number one will take to the court in New York next week as the 30th seed though, following the withdrawal of Maria Sharapova and the retirement of Wimbledon champion Marion Bartoli.