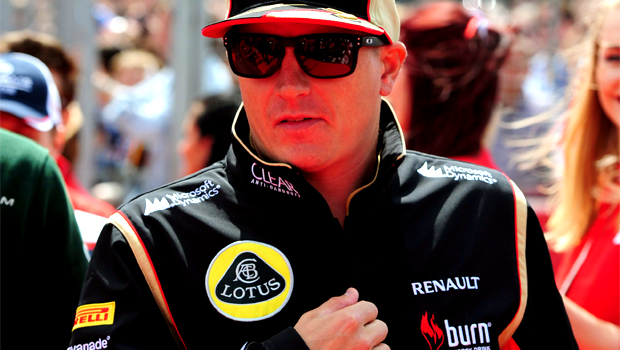 Kimi Raikkonen suggested that a potential move to Red Bull is unlikely after backing up his manager’s comments that talks had ‘broken down’.

There has been much speculation over Sebastian Vettel’s future team-mate ever since Mark Webber announced his retirement from the sport earlier this year, with Raikkonen and Daniel Ricciardo thought to be the leading contenders to take the seat.

Raikkonen would bring plenty of experience having won the world drivers’ crown in 2007 while at Ferrari, while Ricciardo is a rising star in the sport and certainly one for the future.

The Finn had missed Thursday’s action at the Belgian Grand Prix due to illness but his manager Steve Robertson had claimed that “it is clear Kimi will not be driving for Red Bull next season”.

Raikkonen was able to take part in Friday’s practice sessions, finishing sixth fastest in the second of those which was dominated by Red Bull, and of course faced a grilling from the media.

The 2007 champion, who has also been linked with a return to his former team Ferrari, gave nothing away over his future but did admit that talks seemed to have ended, for now at least, over a switch to Red Bull.

“I have had no answer from them, you’ll have to ask them what they want to do – I don’t know any better than you guys,” Raikkonen said.

“We hadn’t heard anything for a while and obviously that isn’t the ideal situation, but that’s how it is. You’ll have to go and ask them.”

Red Bull team boss Christian Horner also added some fuel to the fire by suggesting that he had a number of options to consider for the position – other than Raikkonen and Ricciardo – while telling the media that they would ‘have to ask him’ when asked why Robertson would suggest that his charge would not be driving for the current championship leaders next season.