Cricket: Yorkshire taking it one game at a time 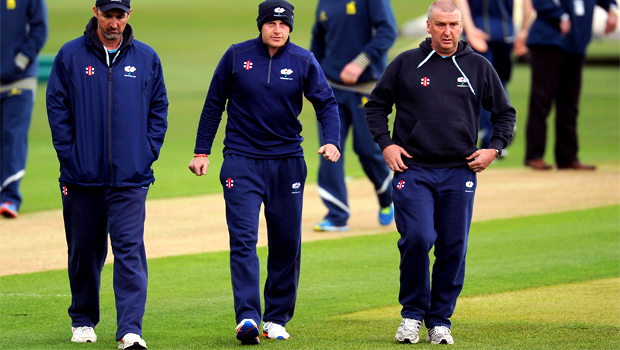 The County Championship is reaching its climax and while it appears that the title is only heading in one direction, Yorkshire director of cricket is keen to keep his players’ feet firmly on the ground.

Yorkshire romped to a 10-wicket win over Nottinghamshire, largely thanks to an impressive performance by the bowlers who had dismissed the Midlanders for 150 in the first innings to enforce the follow-on.

Ryan Sidebottom and Adil Rashid then took three wickets apiece, while Jack Brooks and Liam Plunkett claimed two scalps, as Notts were bowled out for 266 second time around, before Adam Lyth smashed three boundaries in the first over to knock off the mere 10 runs required for victory.

The White Rose county claimed 23 points in the win which has now opened up a 33-point advantage at the top of the Division One table, although Moxon insists that no-one at the club will be thinking the title is a foregone conclusion.

“I think we’ve shown we’re capable of winning [the title],” Moxon said. “If you take the first game of the season against Sussex out of it, we’ve played some fantastic cricket for the last 11 games.

“But we have to close it out. We’re trying not to get too far ahead of ourselves. We know we have some tough games and we have Durham, Sussex and Middlesex – the top teams – all to play yet, and Surrey in the last game are going to be scrapping as well.

“We’ve won nothing yet and over four games a lot can happen, with a lot of points available. We’re enjoying the wins as everyone does but the first words the captain said in the dressing room after the game were ‘let’s just keep doing what we’re doing and not get carried away’.”

Next up for Yorkshire is a huge game against fourth-placed Durham, who have made an excellent start to their match against Surrey and have two games in hand, at Scarborough, starting next Wednesday.