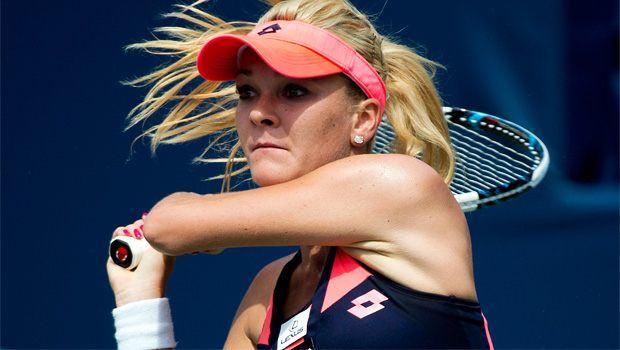 Agnieszka Radwanska rediscovered the winning feeling after outlasting Anastasia Pavlyuchenkova in an epic match to win the Korean Open title.

The top-seeded Pole had barely been tested en route to the final but was pushed all the way by Pavlyuchenkova, coming from a set down to win 6-7 (8-6) 6-3 6-4 in a match lasting close to three hours.

The Russian had actually fallen 3-0 down in the first set before fighting back to take the opener on a tense tie-break, which involved just one break of serve.

Radwanska hit back in the second though, breaking her opponent’s serve on three occasions, but had to survive some tense moments in the decider to take the crown.

The 24-year-old saved three break points in the seventh game and another in the ninth, before securing the only break of serve in the set in game 10 to secure her 13th WTA crown.

“It was a very close match – tight sets, all of them – but I was just a little bit better in the important moments today. And at the end of the third set I think I was playing a little bit more aggressively than she was, and I managed to win a couple more points than her in the end.”

The victory has resulted in Radwanska’s third title of the year, only the fourth player to achieve this, but has ended something of a barren spell, having picked up her other two successes in the first two weeks of 2013 – in Auckland and Sydney.

All three successes have come on hard courts which should at least stand her in good stead for the season-ending Tournament of Champions in Bulgaria, starting on October 29.