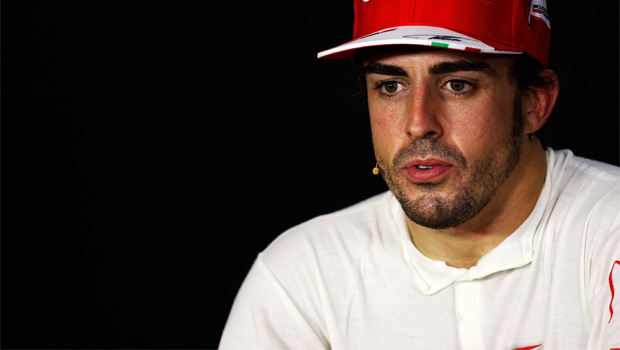 Fernando Alonso has already moved to dismiss recent speculation over a possible move to McLaren and revealed he wants to extend his current deal at Ferrari.

There has been plenty of talk about the future of the two-time world champion, ever since he was publicly criticised by Ferrari chief Luca Montezemolo.

The appointment of Kimi Raikkonen as a Ferrari driver from 2014 added more fuel to the fire before McLaren boss Martin Whitmarsh revealed that he would also love to re-sign Alonso to strengthen his driver line-up.

The Spaniard though insisted on Friday that his future remains very much with the Italian constructor and has now reiterated his stance by revealing his desire to increase his stay further.

Alonso will be 35 by the time his current contract runs out but he seems determined to prolong his racing career, taking inspiration from the likes of Mark Webber and Michael Schumacher.

“We are working very closely on arriving at that situation because I hope to end my career in Formula One with Ferrari. To sit together and to try to do it, that’s my desire, and the team has expressed to me more or less the same desire when we talk about this. That will be a good thing to achieve,” Alonso told The Observer.

“There have been people racing until 38, 39, with no problems. Mark (Webber) is one of the examples, he has been very competitive, and Michael (Schumacher) also came back at a good age. So 35 is still a good age, so if I keep the motivation and enjoying the sport, like I’m doing now, when the time arrives we will see.”