Petra Kvitova through to Wimbledon final 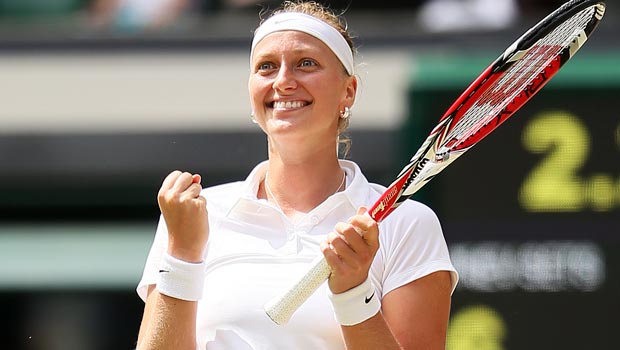 Petra Kvitova made it to her second Wimbledon final after defeating Czech compatriot Lucie Safarova in straight sets.

Just two weeks ago Kvitova’s participation at Wimbledon was in doubt following a hamstring injury, but she showed no ill effects in the 7-6 (8/6) 6-1 victory.

The 2011 champion has dropped just one set, against Venus Williams, in making it through to the final and is delighted as she goes in search of her second title.

“I can’t really describe how I’m feeling right now, but it’s great,” Kvitova said. “It’s tough mentally as she’s a good friend of mine. I knew she would play really well, but I’m just happy to have won.

“I tried to be focused from the beginning of the second set. I won the tie-break then I broke her when she served for the second time, and I served well until the last point.

“It’s great to be back in the final. I’m just emotional from this match, but I still have two days to go to the final.

“I know what it’s like to be defending a title here. I really want to win my second title here and I will do everything that I can.”

The 24-year-old was forced to withdraw from her Eastbourne quarter-final with Britain’s Heather Watson on June 19 due to hamstring problems and there were doubts over whether she would make Wimbledon.

Kvitova has had her thigh heavily strapped throughout the tournament but it has not hampered her too much and another final beckons.