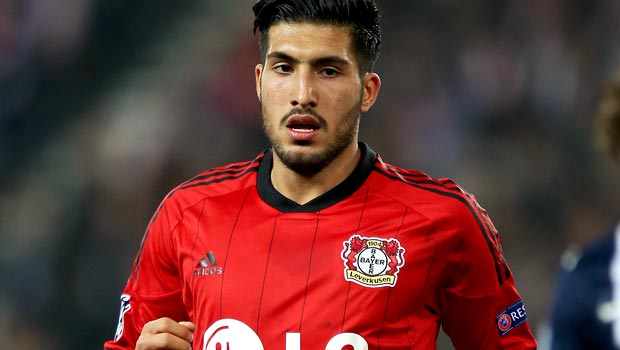 Liverpool have completed the signing of Emre Can from Bayer Leverkusen after the midfielder penned a long-term deal.

The Reds agreed the £10million move some time ago but had to wait until July 1 before finalising the paperwork and international clearance, which has now been done.

The Germany Under-21 international is the fourth player to arrive at Anfield this summer and boss Brendan Rodgers is delighted to have completed the deal.

Rodgers revealed he had been tracking Can for some time before making his move a few weeks ago.

“Emre is an exciting young talent and I’m delighted he’s chosen Liverpool for the next phase of his development and growth as a player,” he said.

“He has recognised that we are a club that improves and nurtures exciting, ambitious players and I’m looking forward to seeing him take those next steps forward for us.

“We have tracked his progress for some time and I have been impressed with his attitude and qualities when I have seen him play both in the German Bundesliga and the Champions League.

“He has many of the attributes we look for; charisma on the football pitch and courage to want the ball and make things happen.”

Meanwhile, Can is delighted to have signed and cannot wait to get started on Merseyside.

“I am proud to be a part of the family and I am looking forward to playing here. I will give it my best,” Can told Liverpool’s website.

“LFC is a great club and the fans are amongst the best in the world. I am looking forward to the first game and can’t wait to step on the pitch for the first time at Anfield.”