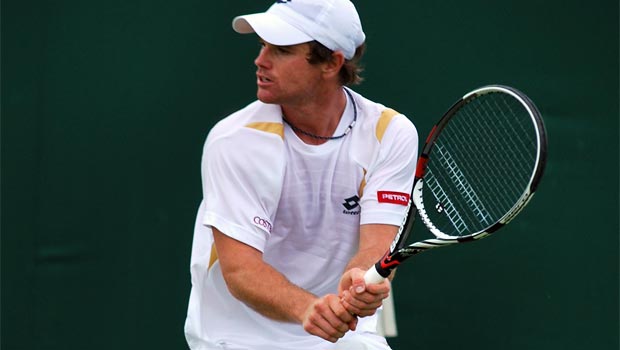 Blaz Kavcic can prove to be an awkward opponent for French top-seed Richard Gasquet in the second round of the Open 13 in Marseille.

The Slovenian opened his campaign on Monday at the Palais des Sports with a convincing straight sets victory over Australian teenager Thanasi Kokkinakis to set up Wednesday’s meeting with Gasquet.

Kokkinakis, who shot to stardom at last month’s Australian Open when he traded blows with Rafael Nadal from the back of the court in a three-set second-round defeat, will put his exit from the tournament down to experience.

The 17-year-old failed to convert any of the three break point opportunities he created on the Kavcic serve while the former world number 68 capitalised on three of his five chances to claim a 6-4 6-2 win.

Kavcic, who turned pro in 2005, is now just two wins away from recording his 50th on the main tour – although he is the underdog in the clash against world number nine Gasquet.

The Frenchman was born in Beziers, a short drive away from Marseille, and will have plenty of supporters in the crowd as he bids to improve on his two previous quarter-final appearances at the Open 13.

The 27-year-old reached the final of the Open de Sud in Montpellier a fortnight ago, only to lose to Gael Monfils before crashing out to Philipp Kohlschreiber in the second round of the Rotterdam indoor event last week.

Kavcic and Gasquet have met only once previously on the main tour which was in Barcelona three years ago when it took three sets for the Frenchman to prevail 6-3 4-6 6-2.