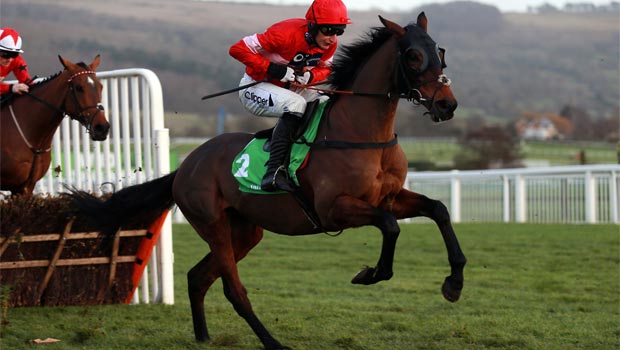 Zarkandar has the potential to pull off a huge shock at Cheltenham by winning the prestigious World Hurdle next month, according to jockey Ruby Walsh.

It would need a remarkable performance from Zarkandar to overturn the likes of four-time champion Big Buck’s and impressive Irish mare Annie Power, but Walsh is bullish following a promising outing at Wincanton on Saturday.

The Paul Nicholls-trained seven-year-old was beaten half a length by Melodic Rendezvous and has now finished runner-up on each of his last four outings.

But the three-time Grade One winner, who won the JCB Triumph Hurdle on his Festival debut back in 2011, has never taken on a trip of more than 2m5f.

Nicholls has previously said he believes Zarkandar could compete over three miles in the World Hurdle.

Walsh, who has been on board for four of Zarkandar’s eight hurdle wins, believes the Ditcheat handler is making the right call entering him for the World Hurdle, despite the quality of the field he is scheduled to come up against.

“I won on him at Aintree last year when he beat The New One over two [miles] four [furlongs]; that was on a sound surface and that was a really good performance,” Walsh told Racing UK.

“He does shape like a horse who would stay, most Triumph winners do, and he definitely does appreciate a bit better ground. He’s a light-framed horse, a really good mover and good ground, in the past, has brought out the best in him and there’s no reason to suggest that it wouldn’t now and you’d have to think he would stay.”

Nicholls could have as many as four runners in the event and believes that Zarkandar has a chance of upsetting the odds by beating his more illustrious stablemate Big Buck’s.

He said: “For one of the others to beat Big Buck’s, Celestial Halo would have to produce a career best, I reckon. Zarkandar could be really interesting if the ground is good and he stays. He has a great record and his form could be better than it looks.”