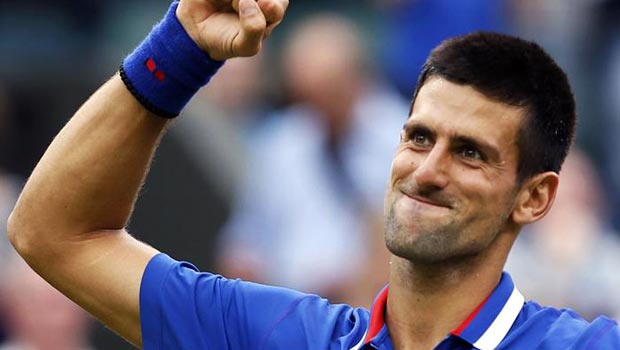 World number two Novak Djokovic has eased fears about his injury problem and claimed he could feature at the Madrid Masters.

The Serbian insists his wrist injury is not as serious as first feared, after he picked up the problem ahead of the Monte Carlo Masters.

Despite picking up the injury, the 26-year-old decided to play in the tournament, where he lost to Roger Federer in the semi-finals.

He had to wear a thick bandage on his wrist for support, but he failed to improve his game as he eventually lost 7-5 6-2 on Saturday.

After losing to the Swiss star, Djokovic claimed he was in pain with every shot and he believed he would miss a considerable amount of the season.

The comments brought reports that he would miss the Masters events in Madrid and Rome as well as the French Open.
However, Djokovic has received some good news from the doctors and he should be able to feature in Madrid in two weeks time.

He said: “Fortunately, the situation with the injury is better than it first seemed.

“The pain was there every single day from 10 days ago, at some stages it was very painful.

“Doctors assured me that I will be ready for Madrid, then Rome and Roland Garros, just as it has been planned.
“However, I need to continue with the recovery process and full medical treatments. It means I will have to take a short break in order to recover as soon as possible.”