Novak Djokovic ready to take the next step 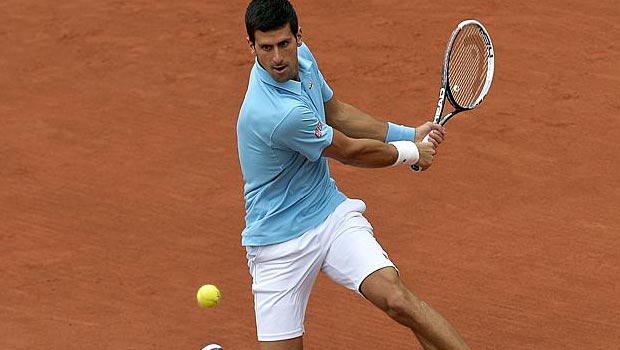 Novak Djokovic claims his recent performance at the French Open show is getting close to toppling Rafael Nadal and is hopeful of finally completing his career Grand Slam this year.

The Serbian ace needs just the French Open to become the seventh man to have won all four major titles but he has been unable to break Nadal’s stranglehold on the event thus far.

Nadal has won eight of the last nine renewals of the French Open and has only ever once tasted defeat on the Parisian clay.

The world number one has accounted for Djokovic on his way to his last two French Open titles, beating him in the final in 2012 before coming out on the right side of an epic semi-final last year.

Nadal has been untouchable for the majority of his career on clay but this year chinks have appeared in the 27-year-old’s armour.

The Spaniard was knocked out early on at the Monte Carlo Masters and Barcelona Open, while Djokovic got the better of him in the final of last week’s Rome Masters.

Djokovic’s win in Italy has lifted his spirits heading into the French Open and he now believes he might finally be able to defeat Nadal in Paris if the two meet again.

“Winning against Nadal on clay is something that doesn’t happen every day,” said Djokovic. “The tournament win in Rome came at the right moment for me. For my confidence level it’s definitely a booster and a positive thing.

“Hopefully I can carry that confidence coming into Roland Garros…I’m healthy and obviously very motivated and inspired to play my best tennis here.

“But I have played some epic matches against him, especially the one last year in the semi-finals.

“Knowing that I have gotten closer and closer each year to the title gives me enough reason to be confident for the start of this year.”

Djokovic will start the French Open as the 2.30 favourite, with Nadal priced at 2.40 to claim the title for a ninth time.