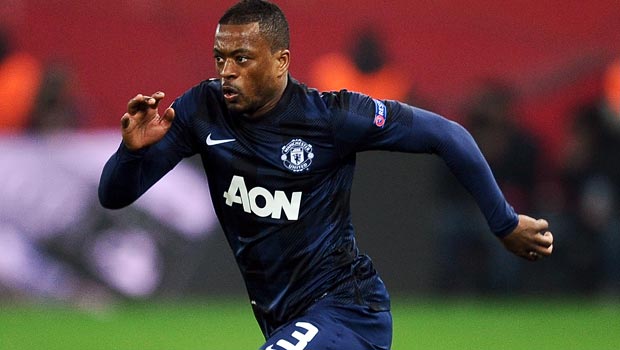 Patrice Evra has ended speculation about his future by signing a new one-year contract with Manchester United.

The Frenchman looked set to join Rio Ferdinand and Nemanja Vidic in leaving Old Trafford this summer as part of the ongoing clearout of some of United’s elder statesmen.

United are set to sign left-back Luke Shaw from Southampton this summer, meaning Evra will no longer be first choice for his position at the club.

Evra’s failure to put pen to paper on a new deal before the end of the season sparked rumours he could be on his way to Italy or France, with Juventus, Inter Milan, Monaco and Paris Saint-Germain having been linked with him in the past.

However, despite the imminent arrival of Shaw, the 33-year-old has opted to extend his stay in Manchester until at least the end of next season.

New manager Louis van Gaal will hope Evra will use his eight years of experience at United to help guide Shaw and any other new arrivals through their first season at the club.

The Dutch coach is expected to bring in a raft of new signings this summer but has suffered a setback in his pursuit of Bayern Munich pair Toni Kroos and Arjen Robben.

Both players were said to be on Van Gaal’s wishlist having worked with the duo during his time at the Allianz Arena.

However, Kroos and Robben have now both said they intend to stay with German champions Bayern for the foreseeable future.

Kroos said: “I am expecting to play for Bayern Munich next season.

“There was a lot of speculation, but Manchester is and was not an issue.”

Meanwhile, Robben has been quoted as saying: “Manchester United? That’s not an option. I am staying at Bayern Munich. Period.”