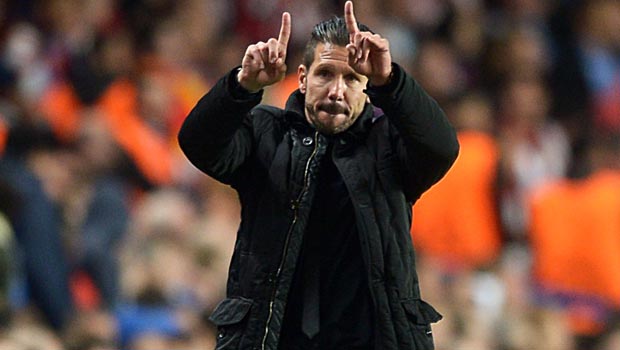 Atletico Madrid coach Diego Simeone says his side are capable of winning the Champions League final with or without top scorer Diego Costa and Arda Turan.

The focus ahead of Saturday’s clash with city rivals Real has been on Atleti’s injury doubts, with Costa and Turan limping out of last week’s title-winning performance at Barcelona.

The duo have had to sit out much of this week’s training ahead of the showdown in Lisbon, although both players took part in the last session ahead of the final on Friday evening.

Despite a run out at the Estadio da Luz, both players are still doubtful to feature against Real, with Costa having been plagued by hamstring issues in the latter half of this season.

Meanwhile, Turan has a hip issue which could see him miss Atletico’s second Champions League final.

Both players were key to Atleti’s shock La Liga triumph, as well as their run to the final, but Simeone believes his squad have enough strength in depth to cope without the pair.

We’ll examine Costa but we have other injury doubts too,” said Argentinean Simeone. “They trained better yesterday but we’ll wait and see.

“Costa and Arda are important players but they’re just names,” he added. “It will either be them playing or two other players that we know.”

Simeone has overseen a remarkable transformation in Atletico’s fortunes, helping them capture the Europa League, Copa del Rey, the European Super Cup and now their first Spanish league title since 1996.

However, victory over Real to secure their first Champions League title would be arguably Los Rojiblancos defining moment having often lived in the shadow of their richer neighbours.

Simeone admits to feeling the pressure but claims he isn’t overawed by being on the precipice of an historic achievement.

“I don’t feel as overwhelmed as some people think but I feel the weight of responsibility on my shoulders,” said the Argentine.

Atletico are 3.61 in the match betting to win the Champions League final inside 90 minutes, while Real are 2.15 to clinch a 10th European title.