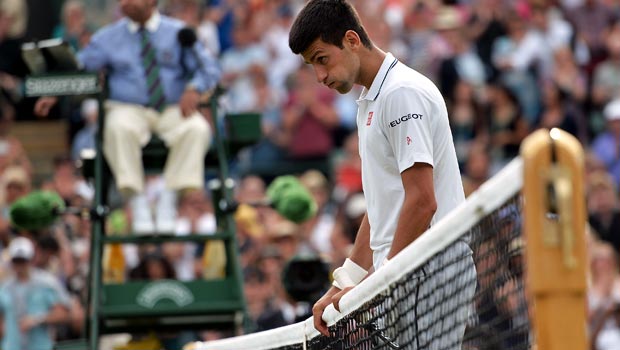 Djokovic and Dimitrov will go head to head at SW19 with a place in Sunday’s final at stake after the Bulgarian ended Murray’s reign at the quarter-final stage.

Djokovic beat Marian Cilic to book his own place in the last four but says he is in for a tough test against the man who won at Queen’s Club and is enjoying the season of his life.

“The fact he hasn’t lost a match on grass this season says it all about his quality,” said world number two Djokovic.

“He’s definitely the man to beat here now, and winning against Andy in straight sets, many people look at him as a potential Grand Slam winner.

“So now that’s maybe here, or maybe in the Grand Slams to follow. He has won tournaments on different surfaces this year, so he has the ability to adjust.

“His game has improved a lot, and working with Roger Rasheed as well, I’m sure that helps.

“He’s getting more experienced now playing on the big stage, which is definitely useful for big tournaments like this.”

Djokovic is 1.71 favourite to win the men’s singles title at Wimbledon while Dimitrov is 7.50.